The GOP is coming off its most competitive Senate primary since 1934; Julianne Ortman will become the 10th female GOP U.S. Senate primary candidate if she wins (or ignores) her party’s endorsement 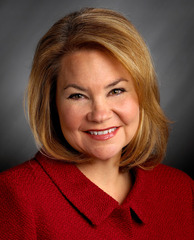 Minnesota State Senator Julianne Ortman’s announcement Saturday that she would seek the GOP nomination to run against DFL incumbent Al Franken in 2014 now makes three Republicans in the race.

What is not yet clear is whether Ortman or any of her fellow GOP candidates (State Representative Jim Abeler and Mike McFadden) will abide by their party’s endorsement.

Or whether more candidates will enter the race now 15 months out from Election Day.

How many candidates make a GOP Senate primary?

From 1912 through 2012, there have been an average of 3.3 candidates in Republican U.S. Senate primaries with a high water mark of nine in a 1923 special election won by J.A.O. Preus.

But whoever receives the party endorsement in 2014 can likely expect at least one challenger to remain in the race through Primary Day.

In only two cycles has a Republican candidate gone unchallenged in a Senate primary: Wheelock Whitney in 1964 and Phil Hansen in 1972. (Both lost by double digits in the general election).

The current three-way matchup could be a barnburner – although a competitive race would not necessarily serve the party well in November 2014.

The 2012 Primary in Historical Context

In 2012, Republicans emerged from their most competitive U.S. Senate primary since the Great Depression only to suffer its second worst general election loss in party history.

Last year, State Representative Kurt Bills defeated former Marine David Carlson by 15.8 points in a three-way race with businessman Bob Carney, which was the closest margin of victory in a Republican U.S. Senate primary contest since 1934.

This sort of competition on primary day in GOP Senate races has been virtually unheard of during the last 75 years.

The average victory margin across the more than two-dozen Republican U.S. Senate primaries held between 1934 and 2012 was a staggering 66.7 points.

Bills emerged from the 2012 primary only to get trounced by 34.7 points to the state’s popular one-term DFL incumbent Amy Klobuchar.

That marked the second worst loss ever by the GOP in a Senate race since the state’s first popular vote election in 1912 – with only Hubert Humphrey’s 42.5-point win over Jerry Brekke in 1976 a more lopsided defeat for the Republican Party.

(In 1934, Holmberg actually finished third – losing to both Farmer-Laborite Henrik Shipstead and Democrat Einar Hoidale – but ended up losing by a smaller margin, 30.1 points, than Bills).

Other facts from the 2012 Republican primary:

The 51.1 percent of the vote won by Kurt Bills was the second lowest level of support for a GOP primary winner since 1930.

The only victorious candidate who won with a smaller percentage during that 82-year span was Arthur Nelson in the 1942 special election primary.

The 35.4 percent won by second place finisher David Carlson in 2012 was the strongest performance for a runner-up candidate since Henrik Shipstead in 1946.

Shipstead, who was a four-term incumbent in that race, lost to Edward Thye by a 57.3 to 38.6 percent margin.

In addition to Shipstead, GOP primary voters have knocked out a sitting U.S. Senator in their primary on just one other occasion: in 1916, Moses Clapp finished a distant third in a four-way race with just 15.1 percent of the vote behind winner Frank Kellogg and Adolph Eberhart.

If Ortman either wins her party’s endorsement or otherwise ventures on to the primary contest, she will become the 10th female candidate to appear on the GOP U.S. Senate primary ballot over the years.

That list includes (as their names appeared on the ballot):

· Mrs. Thomas D. Schall (1936): The wife of the recently deceseased Senator Thomas Schall placed a distant second out of two candidates with 29.5 percent of the vote in a race won by former three-term Governor Theodore Christianson.

· Mrs. Matt Wagner (1942, special): Placed fifth out of seven candidates with 8.3 percent of the vote in a special election after the death of Farmer-Laborite Ernest Lundeen. The primary was won by Arthur Nelson.

· Lenore Irene Bussman (1948): Placed third out of three candidates with 5.3 percent of the vote in a race won by incumbent Joseph Ball.

· Mrs. Peder Schmidt (1958): Placed third out of three candidates with 2.6 percent of the vote in a primary won by incumbent Edward Thye.

· Bea Mooney (1976): Placed fifth out of five candidates with 6.5 percent of the vote in a primary won by Jerry Brekke. Mooney would later run for governor and president multiple times.

· Adell Campbell (1978, special): Placed fifth out of five candidates with 4.1 percent of the vote in a special election primary won by Dave Durenberger after the death of Hubert Humphrey.

· Mary Jane Rachner (1982): Placed second out of two candidates with 6.6 percent of the vote in a primary won by incumbent Dave Durenberger.

· Sharon Anderson (1988): Placed second out of three candidates with 4.5 percent of the vote in a primary won by incumbent Dave Durenberger.

· Joanell Dyrstad (1994): Minnesota’s Lieutenant Governor placed second out of four candidates with 35.2 percent of the vote in a primary won by Rod Grams.