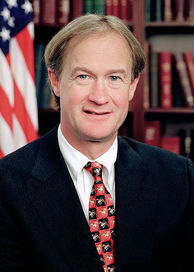 Independent turned Democrat Lincoln Chafee announced on Wednesday that he would not seek a second term as Governor of Rhode Island in 2014.

Chafee, who eked out a 2.5-point victory over Republican John Robitaille in 2010 with just 36.1 percent of the vote as an independent, had perhaps hoped to bolster his reelection chances by switching his party affiliation to Democrat earlier this year.

However, beset by low approval ratings and iffy reelection odds, Chafee has instead opted to sit out of the 2014 race and not run for a second term.

And that is a rarity in Rhode Island politics.

A Smart Politics review of Rhode Island gubernatorial election results finds that Chafee has become just the fourth governor who did not run for a second term out of the five-dozen elected into office since statehood in 1790.

The last governor of the Ocean State who said ‘no’ to a second term was Democrat William Flynn in 1924.

Flynn was narrowly elected to a two-year term in 1922 by 4.6 points over Republican Harold Gross.

Unlike Chafee, who will not be on the ballot for any office in 2014, Flynn chose to run for the U.S. Senate in 1924 instead, but lost both the special and general elections for the seat that November.

After Flynn, each of the 17 subsequent governors before Chafee ran for a second term, and all but three were victorious in doing so:

· Democrat Robert Quinn was defeated by Republican William Vanderbilt in 1938 by 12.0 points.

· Republican Christopher Del Sesto was defeated in 1960 by 13.3 points by Democrat John Notte. 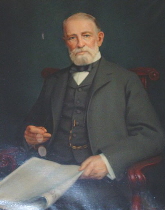 Before Flynn, the previous Rhode Island governor who failed to run for a second term was Republican Royal Taft 35 years prior in 1889.

During that era of Rhode Island politics, governors were elected to one-year terms.

However, Taft declined nomination for a second term in 1889.

The third and final Rhode Island governor to call it quits after just one term was Law and Order Governor Byron Diman.

Diman, a former state representative and Lieutenant Governor, defeated Democratic incumbent Charles Jackson by less than 100 votes in the Election of 1846, but fell just shy of the required majority.

However, the General Assembly nonetheless selected Diman as governor of the Ocean State.

Although Diman chose not to run for a second term in 1847 he did later serve again in the legislature – this time in the Rhode Island Senate.

So that’s the list of elected governors who did not seek a second term: Diman, Taft, Flynn, and now Chafee.

That means, prior to Chafee, 57 of 60 elected governors from Rhode Island ran for a second full term since statehood, or 95 percent.

Of those 57 governors who ran for a second term, 48 were reelected versus just nine who were defeated.

In addition to the three governors named above (Quinn, McGrath, and Del Sesto), incumbents who lost their second term were:

· 1839: Whig William Sprague received the most votes but failed to win a majority and the state legislature ended up naming Whig Samuel King governor instead.

· 1860: Republican Thomas Turner failed to win his party’s nomination with Seth Padelford getting the nod instead.

With Chafee out of the race Democrats are still expected to hold this seat in the deep blue state.

* Denotes governor who served interrupted terms (each administration counted separately). ** Denotes cycle for the second full term of governors who succeeded into the office. Note: Excludes governors who were never elected into office. Table compiled by Smart Politics.