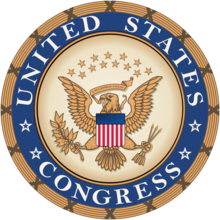 Perhaps because the policy effects of the 9/11 terrorist attacks are still ever-present, it may not seem like 12 years have already passed.

But 12 years can be more than a lifetime in politics.

A look back at the membership of the U.S. Congress on September 11, 2001 versus today reveals the significant turnover that has taken place in each chamber over the last six cycles due to retirement, resignation, death, or defeat at the ballot box.

And Republicans have seen the greatest turnover.

A total of 194 of these 531 individuals are still serving in Congress, or 36 percent.

That number includes 34 of the 100 Senators, 140 of the 431 U.S. Representatives, plus another 20 former U.S. House members who are currently serving in the Senate.

A much higher percentage of Democrats remain in office between the two chambers, with 112 of the 260 members of Congress still serving today, or 43 percent.

Republicans, meanwhile, field only 14 of the 49 Senators who were in office at that time (28 percent).

(The chamber’s one independent, Jim Jeffords of Vermont, left office in 2007).

In the House, Republicans held a 219 to 210 advantage on 9/11, with one additional independent joining each caucus.

As for the Democrats, 84 of their 210 U.S. House members in office on 9/11 remain serving in the chamber today, or 40 percent, with seven others getting promotions to the upper chamber.

Current Members of U.S. Senate and U.S. House Who Served in Congress on 9/11

* Includes Texas’ Ralph Hall who switched to the Republican Party in 2004. ** Includes 20 U.S. Representatives on 9/11/01 (12 Republicans, seven Democrats, one independent) who now serve in the U.S. Senate. Data compiled by Smart Politics.

While 34 U.S. Senators in office on 9/11 are still serving in the chamber today, just five states currently retain both members of its 2001 delegation:

On the House side, a total of eight states still have at least half of their 9/11 U.S. House delegation still serving in the chamber.

Fourteen states are not represented by any of the 33 collective U.S. Representatives in the lower legislative chamber who were serving in that capacity on 9/11: Arkansas, Delaware, Hawaii, Kansas, Louisiana, Maine, Montana, Nevada, New Hampshire, New Mexico, North Dakota, South Dakota, Vermont, and Wyoming.

Another 20 members of Congress were members of the U.S. House on 9/11 and are now serving in the Senate:

It should be noted that not all of these 194 members of Congress served without interruption during this 12-year span.

For example, the congressional service of South Dakota Republican John Thune ended as a U.S. Representative in January 2003 when he failed to defeat Tim Johnson and win his Senate seat. Thune would be back in January 2005, however, after beating Tom Daschle two years later.

Rob Portman, meanwhile, had more than a five and a half year gap between the end of his U.S. House service (April 2005) and the start of his Senate tenure (January 2011).