The Mount Rushmore State has placed only six third party or independent U.S. Senate candidates on the ballot since 1938 – by far the lowest in the Upper Midwest 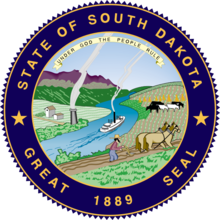 For the first time in twelve years, South Dakotans will have a third choice on the general election ballot in a U.S. Senate contest.

Late last week, Kurt Evans announced he would again run for the U.S. Senate as a Libertarian in the high profile open seat race to replace retiring Democrat Tim Johnson.

Evans, of course, is famously known in Republican circles for “costing” John Thune a U.S. Senate seat in the 2002 election against Johnson. (Thune would return to the ballot two years later to unseat former Majority Leader Tom Daschle).

The Libertarian won less than one percent of the vote in that race, but in a contest decided by just 532 votes in Johnson’s favor, many observers believed the 3,071 votes won by Evans helped reelect Johnson. (Raising the age-old question as to whether third party candidates are bringing new voters into the electorate or changing the preference of individuals who would have voted for one of the major parties).

Evans actually dropped out of the race in mid-October just a few weeks before Election Day and endorsed Thune, but his name still appeared on the ballot and ended up receiving 0.9 percent of the vote.

The only other cycle in which another third party or independent candidate received more votes than the winning victory margin in South Dakota U.S. Senate electoral history came in 1936, when independent Arthur Bennett won 4.4 percent in a race Democratic incumbent W.J. Bulow won by 2.1 points over Republican Chandler Gurney.

Republicans are probably less worried about Evans in 2014 – a cycle in which Johnson’s seat is expected to land in the GOP’s lap, should they coalesce around a candidate that November. 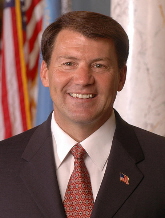 That candidate appears to be former South Dakota Governor Mike Rounds, who was an early entrant into the race, and is attempting to become the first ex-governor to win a Senate seat in the Mount Rushmore State.

A trio of GOP challengers who claim Rounds is not conservative enough have emerged in the race: State Senator Larry Rhoden, State Representative Stace Nelson, and physician Annette Bosworth.

South Dakota Democrats are coming off their most embarrassing U.S. Senate race to date – in which they failed to field a candidate for the first time across the 34 general and special election contests since the passage of the 17th Amendment a century ago and a historic failure in U.S. Senate electoral history.

So, what are the odds Evans’ presence on the ballot will affect South Dakota’s Senate race in 2014?

For starters, having any third party or independent candidate on the ballot in a U.S. Senate race has been the exception not the rule in South Dakota politics over the decades.

Since 1938, non-major party candidates have appeared on the general election ballot in just five out of 27 general and special U.S. Senate elections.

Only Evans’ 2002 candidacy had any impact on the race:

· In 1990, independent Dean Sinclair won 2.5 percent in a contest won by Republican Larry Pressler by 7.3 points.

Prior to Peterson’s candidacy in 1980 it had been 44 years since South Dakota voters had an option besides one of the two major political parties in a U.S. Senate race.

By contrast, from the state’s first popular vote U.S. Senate contest in 1914 through 1936, there were 17 third party or independent candidates on the ballot with at least one such candidate in seven of these eight cycles.

The difficulty of getting independents or third party candidates on the ballot varies from state to state and South Dakota has struggled the most among the Upper Midwestern states.

For example, from 1980 through 2012, while South Dakota only placed six non-major party candidates on the ballot, Minnesota placed 37, Wisconsin 31, Iowa 24, and North Dakota 11.

Since each of these state’s first direct vote U.S. Senate races a century ago, Wisconsin has placed 99 third party or independent candidates on the ballot with 84 in Minnesota, 67 in Iowa, 43 in North Dakota, and just 23 in South Dakota.

However, there is some appetite for libertarianism in South Dakota.

The last time a non-major party candidate appeared on the ballot in a South Dakota federal statewide election was in 2010, when conservative B. Thomas Marking won six percent of the vote as Krisit Noem defeated Stephanie Herseth Sandlin to claim the state’s at-large U.S. House seat.

Marking’s tally was the best performance by an independent or third party candidate in a South Dakota U.S. House contest in more than 80 years.

The best ever showing in a South Dakota U.S. Senate race by a non-major party candidate came in 1920, when Non Partisan candidate Tom Ayres came in second with 24.1 percent of the vote, beating the Democratic nominee U.S.G. Cherry, but losing by 26.0 points to GOPer Peter Norbeck.