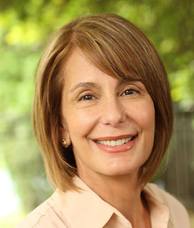 The 2012 election cycle brought a record number of women into Congress – with all-time highs of 78 U.S. Representatives (17.9 percent of the chamber) and 20 U.S. Senators (20.0 percent) at the start of the 113th Congress in January.

Those numbers, of course, still lag significantly behind the percentage of women in the population, but not nearly as far as women serving in top statewide executive offices.

Just five women currently serve as governor, or 10 percent of the states, with one, Arizona Republican Jan Brewer, term-limited in January 2015 and four others up for a second term in 2014: Democrat Maggie Hassan of New Hampshire and Republicans Susana Martinez of New Mexico, Mary Fallin of Oklahoma, and Nikki Haley of South Carolina.

In a few weeks, New Jersey voters will not likely be adding another name to that list when they choose between Republican incumbent Chris Christie and Democratic nominee Barbara Buono (pictured at top) in that state’s gubernatorial contest.

Buono, of course, endured long odds from the onset in a race against the colorfully frank and (usually) popular Garden State governor, and has trailed Christie in the polls by two to three dozen points for several months.

Add to that Christie’s incumbency advantage and it appears New Jersey will have to wait at least one more cycle before it elects its second female governor in state history.

Buono’s difficulties in unseating a gubernatorial incumbent, however, have been quite common even as the number of female major party gubernatorial nominees increased dramatically beginning in the late 1980s.

In fact, only two female challengers in U.S. history have successfully defeated a sitting governor on the general election ballot out of 31 such candidates, or just 6.5 percent.

The first to do so was Kansas Democrat Joan Finney in 1990, who defeated Republican incumbent Mike Hayden by six points.

Three years later, New Jersey Republican Christine Todd Whitman, upset Democratic incumbent Jim Florio in 1993 by 1-point – accomplishing something none of the other 20 subsequent female challengers were able to do.

The incumbency advantage has not been lost on female governors running for reelection, however, making the reelection prospects quite good for the four women likely to be on the general election ballot in 13 months.

Women running for reelection to their gubernatorial seat have been successful in 15 out of 18 general election contests over the years, or 83.3 percent of the time.

(Note: Excluded is Washington’s Dixy Lee Ray who lost in the Democratic primary to Jim McDermott in 1980).

The last 12 female incumbents have all been victorious in their bids for another term:

(Note: Hull, Rell, and Brewer all became governor in their first term via succession when sitting governors resigned).

The last female governor to lose at the ballot box was Texas Democrat Ann Richards to George W. Bush in 1994.

Richards is joined by Nebraska Republican Kay Orr in 1990 (losing by 0.7 points to Ben Nelson) and Wyoming Democrat Nellie Tayloe Ross (losing by 2.0 points to Frank Emerson) as the only three sitting female governors to lose a gubernatorial general election contest.