For the first time in 40 years Virginians elected a governor from the party of the sitting president; New Jersey extends its streak to seven cycles – second longest in the country 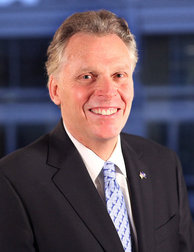 Tuesday’s election of Terry McAuliffe to the governor’s office in Virginia put an end to one nation-long streak, while the reelection of Chris Christie in New Jersey moved that state up to #2 on the same list.

McAuliffe’s defeat of Republican Ken Cuccinelli ends Virginia’s nine-cycle streak of electing a governor from the opposing political party of the sitting president dating back to 1977.

Cuccinelli tried to rally his supporters in the waning days of the campaign by pronouncing they would “send a message to Washington” as he pounced on the Affordable Care Act’s implementation problems and controversial Obama administration statements on the ability of Americans to keep their health care plans.

Despite a bit of a surge in Cuccinelli’s favor, Virginians opted to vote Democratic on Tuesday, and with it ended the state’s streak as the ‘nation’s naysayer’ that began 36 years ago.

The last time Virginia elected a governor from the same party of the sitting president was 40 years ago in 1973 when GOPer Mills Goodwin edged out independent Henry Howell by 1.4 points with Richard Nixon in the White House.

Over the next nine cycles, Virginia did not follow the nation’s lead when it came to which party was going to run their state from the governor’s mansion:

· In 1977, one year after the election of Jimmy Carter, Republican John Nichols defeated Democrat and former Lieutenant Governor Henry Howell by 12.6 points.

· In 1993, Clinton and the Democrats took back the White House and Republican congressman George Allen coasted to a 17.4-point victory over Democratic Attorney General Mary Sue Terry.

· In 2001, George W. Bush took residence in the White House and Mark Warner won back the Executive Mansion for the Democrats by beating Republican Attorney General Mark Earley by 5.1 points.

· In 2009, an Obama victory in the state the previous year could not help the party keep the governor’s seat with Republican Attorney General Bob McDonnell trouncing State Senator Creigh Deeds by 17.4 points.

With Virginia’s streak ending Tuesday, the new leader in the clubhouse as the nation’s naysayer is now Wyoming. 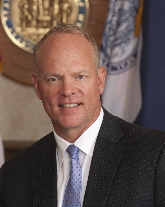 Cowboy State voters have not elected a gubernatorial candidate from the party of the sitting president for eight consecutive cycles dating back to 1982.

Wyoming is a shoo-in to expand their streak to nine cycles in 2014 with Governor Mead an overwhelming favorite to win reelection next November.

And as for New Jersey? 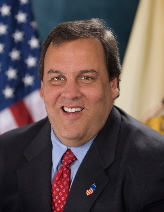 Incumbent Chris Christie’s victory over Democrat Barbara Buono is the seventh consecutive cycle in which the Garden State has elected a governor of a different political party than the one serving in the White House – now tied for the second longest streak in the nation.

The last time New Jersey voters supported the party of the president in a gubernatorial race was in 1985 when Republican Thomas Kean was reelected to a second term in the middle of Ronald Reagan’s presidency.

In addition to New Jersey, Pennsylvania and Tennessee are also in the midst of seven straight cycles in which the president’s party has failed to win a gubernatorial race in their respective states (dating back to 1986 for each state).

* Rhode Island Governor Lincoln Chafee was elected as an independent and later switched his affiliation to Democratic. Table compiled by Smart Politics.

And then there is the other end of the spectrum.

Which states have voted for the political party of the sitting president in gubernatorial elections for the longest stretch?

Vermont leads the way at 10 consecutive cycles, dating back to 1994.

Hawaii has voted the party of the president in gubernatorial elections in five consecutive cycles (also dating back to 1994), with only five other states with a current streak of more than one cycle: Connecticut (since 2002), Minnesota (2002), and California (2003) with three each and New Hampshire (2010) and West Virginia (2011) with two.