If elected in 2014, the former U.S. Senator would lay claim to both the youngest and oldest candidate ever elected to the chamber from South Dakota 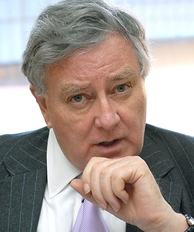 After more than a decade and a half out of office, South Dakota Republican Larry Pressler stunned political observers this week when he announced he was considering a run for the U.S. Senate in 2014 as an independent.

Pressler served 18 years in the nation’s upper legislative chamber from 1979 to 1997 before being defeated in his bid for a fourth term by Democrat Tim Johnson in 1996.

Johnson would also go on to win three terms, but in March of this year announced he would not run for a fourth in 2014.

And now, Pressler has unexpectedly inserted himself into a race previously expected to be won by GOP frontrunner Mike Rounds – who would face Democrat and former Tom Daschle staffer Rick Weiland provided Rounds emerges from the Republican primary against three candidates campaigning to the right of the former governor.

An October Public Policy Polling survey found Evans polling at 11 percent and seemingly cutting into Rounds’ advantage in a three-way matchup with Weiland.

Pressler stated that by campaigning as an independent he would not be burdened by the entrenched party positions that have created ‘deadlock’ on Capitol Hill in recent years.

Pressler said there was a 60/40 chance he would run and would make a decision by January.

Should Pressler run and pull off one of the most unlikeliest of returns to D.C. next November, he would hold a unique distinction in South Dakota political history – owning the titles of both the youngest and oldest candidate ever elected to the U.S. Senate from the Mount Rushmore State.

Pressler currently holds the record as the youngest U.S. Senator elected from South Dakota, when he won his first term 35 years ago in 1978. 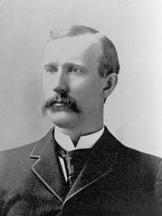 On that day, Pressler was 36 years, 7 months, 9 days old – besting a record that had stood in the state for 88 years.

In 1890, Populist James Kyle was elected to the chamber for the first of his two terms at the age of 36 years, 8 months, 11 days, or one month and two days older than Pressler.

And now Pressler is eying a mark on the other side of the spectrum.

If Pressler wins back his old Senate seat in 2014, he would be 72 years, 7 months, and 6 days old – nearly five years older than the state’s current record and nearly twice the age at which he was elected in 1978.

The oldest South Dakotan ever to be elected to the chamber was Democrat William Bulow in 1936 – winning his second of two terms at the age of 67 years, 9 months, 21 days.

(Democrat Herbert Hitchcock was appointed to the Senate in December 1936 at the age of 69 years, 4 months, 7 days).

Bulow was slightly older than Republican Thomas Sterling when the GOPer won his second term in 1918 at the age of 67 years, 8 months, 15 days.

Since statehood, the average age of the South Dakota candidates elected to the U.S. Senate is 51 years.

Pressler served as a lieutenant in the U.S. Army including two tours of combat duty in Vietnam.

After his tenure in the chamber came to an end, Pressler has worked as an attorney, taught at various higher educational institutions, and served on several boards.