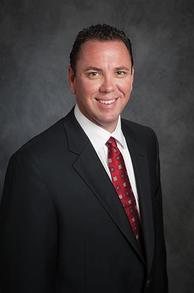 McAllister’s win comes on the heels of a high profile victory by former South Carolina Governor Mark Sanford in May in the state’s 1st CD and a low-key victory by Jason Smith in Missouri’s heavily Republican 8th CD in June.

However, despite these Republican wins, it is the Democratic Party which has seen far more of its members in the 113th Congress originally arrive in the U.S. House via special elections.

In fact, such U.S. Representatives comprise nearly 20 percent of the Democratic caucus.

A Smart Politics analysis finds that 37 of the 200 Democratic U.S. Representatives in the 113th Congress were first elected to the chamber via special election, or 19 percent of its members – nearly twice the rate as that of Republicans (10 percent).

After Representative-elect McAllister is sworn into office, 60 of the 432 non-vacant seats will be occupied by members who won special elections to the chamber, or 14 percent.

Winners of Special Elections to the U.S. House by Caucus, 113th Congress

* Includes Democrat Bill Foster (IL-11) who was originally elected to the House via special election in March 2008, lost his seat in 2010, and returned to the chamber after winning the 2012 general election. Table compiled by Smart Politics.

There are several quite famous legislators currently serving in the House of Representatives who first gained entry to the chamber via special election including each party’s most senior members.

Notable members on the Democratic side include:

· Democratic Minority Whip and former Majority Leader Steny Hoyer (MD-05): elected to the first of his 15 terms on May 19, 1981 to replace Gladys Noon Spellman, whose seat was declared vacant due to an incapacitating illness.

· Democrat John Dingell (MI-12): elected to the first of his 30 terms and counting on December 13, 1955 to fill the vacancy after the death of his father, John Sr., who had been elected to 12 House terms in his own right. Dingell holds the record for the longest service in the U.S. House.

Dingell is one of three Democrats currently serving in the House who won a special election to fill the seat of a deceased family member.

Donald Payne, Jr. of New Jersey’s 10th CD was elected to finish the term of his father last November. Donald Payne, Sr. was in his 12th term when he died in March of last year.

Andre Carson of Indiana’s 7th CD was elected in March 2008 after the death of his grandmother Julia – a six-term U.S. Representative who passed away in December 2007.

Other long-serving Democrats who won their seat via special election more than 20 years ago are:

On the Republican side, Don Young (Alaska-AL) won his first of 21 terms in a special election on March 6, 1973, several months after Democrat Nick Begich was proclaimed dead after his plane disappeared on a campaign flight in October 1972.

Young is the longest-serving GOPer in the House.

Four other GOP U.S. Representatives in the 113th Congress have turned a special election victory into 20 or more years in the chamber:

An election was also recently scheduled in March of next year in Florida’s 13th CD to fill the seat of long-serving U.S. Representative Bill Young, who died last month.

Since Election Day last November, 10 Democrats have exited the House who had won special elections to the chamber: Joe Baca and Laura Richardson of California, Jerry Costello and Jesse Jackson, Jr. of Illinois, Ben Chandler of Kentucky, John Olver and Ed Markey of Massachusetts, Gary Ackerman and Kathy Hochul of New York, and Mark Critz of Pennsylvania.

Republicans who exited the House over the last year who were once special election victors are Mary Bono Mack and Brian Bilbray from California, Jo Ann Emerson from Missouri, Bob Turner from New York, Jean Schmidt from Ohio, John Sullivan from Oklahoma, and Ron Paul of Texas.

* Bill Foster was originally elected to the House via special election in March 2008, lost his seat in 2010, and returned to the chamber after winning the 2012 general election. Table compiled by Smart Politics.