With a successful challenge of Jeanne Shaheen in 2014, Smith would tie Dan Coats’ modern mark for the longest gap in U.S. Senate service in the direct election era 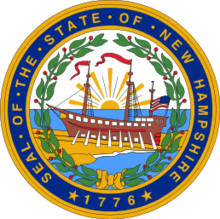 The will-he-or-won’t-he wait is apparently over.

This week former New Hampshire U.S. Senator Bob Smith confirmed that he would be running for his old seat in the nation’s upper legislative chamber in 2014 after stating he would sit the race out earlier this year.

It has been a waiting game throughout the year for one-term Democratic incumbent Jeanne Shaheen, with Smith the first top-tier candidate to enter the race thus far.

(Former Massachusetts U.S. Senator Scott Brown remains coy with his 2014 plans. State Senator Jim Rubens is also campaigning for the seat as well as Andy Martin who has previously run for the Senate in Illinois and Florida).

Smith served three terms in the U.S. House before being appointed to Gordon Humphrey’s Senate seat, who had resigned from the legislative body in 1990.

Smith was elected to the chamber in 1990 and 1996 before losing the 2002 Republican primary to John Sununu – three years after Smith briefly switched his party affiliation to independent and then back again to the GOP.

While he has been out of office, Smith briefly sought a return to the U.S. Senate from the State of Florida – twice – and now seeks his old seat back in New Hampshire after more than a decade out of office.

If Smith does secure the GOP nomination and wins his 2014 challenge of Shaheen, his 12-year absence would fall far short of the all-time record for a gap in service to the U.S. Senate, although it would be good for 22nd overall and tie the longest mark in the direct election era.

Overall, 150 of the nearly 1,950 men and women to serve in the U.S. Senate had a break in service during their tenure, or 7.7 percent, ranging from a few weeks to more than 25 years.

The vast majority of these Senators (112) served, exited, and then reentered the chamber before the passage of the 17th Amendment in 1913.

Most gaps in service were less than a full term of six years, but 32 U.S. Senators logged in a gap of at least 10 years.

Four senators, in fact, waited 20 years before returning to the legislative body. 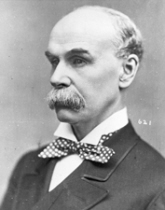 The leader in the clubhouse is Maryland Democrat William Whyte at 25 years, 3 months, 5 days.

Whyte was first appointed to the chamber to fill the vacancy caused by the resignation of Reverdy Johnson and served from July 13, 1868 to March 3, 1869.

After Whyte lost his reelection bid in 1880, he became mayor of Baltimore and then Attorney General of Maryland, before being appointed once again to the Senate after the death of Arthur Gorman in 1906.

Whyte served less than two years before his own death in March 1908.

A slightly more famous political figure – whose record was broken by Whyte – is (President) Andrew Jackson of Tennessee.

Jackson was first elected to the U.S. Senate in September 1797 and served less than a year before resigning to become a judge on the Tennessee Supreme Court.

After 24 years, 11 months, and 3 days, Jackson returned to the chamber on March 4, 1823 after winning his second U.S. Senate election.

Clay actually had four stints in the U.S. Senate, and is one of just two to do so. Both represented Kentucky.

The service of another 13 U.S. Senators was broken up into three stints although just two of these served in the direct election era:

In New Hampshire, five of the 64 U.S. Senators in state history returned to the chamber after a break in service: 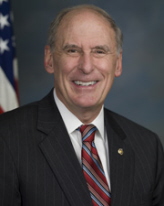 As for Bob Smith, his return to the chamber would tie the modern mark for a hiatus from the U.S. Senate at 12 years set by Indiana Republican Dan Coats in 2011.

Coats exited the Senate after 10 years of service on January 3, 1999 when he decided not to run for reelection the previous November.

Twelve years later, Coats returned to his old seat winning an election during the Republican tsunami of 2010.

No other U.S. Senator who has served in the chamber entirely during the direct election era has had a gap in service of 10 or more years. 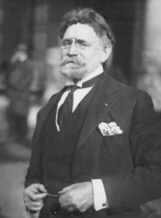 In fact, before Coats’ election in 2010, it had been 80 years since an individual returned to the Senate after being out of office for two full terms.

Illinois Democrat James Lewis (a former U.S. Representative from Washington), served one term in the Senate from 1913 to 1919 and was the party’s whip, but lost his 1918 reelection bid.

Lewis endured a failed gubernatorial run in 1920, but then returned to the Senate by winning the Election of 1930, after a span of 12 years and 1 day from his last previous day of Senate service.

Four other Senators who first entered the chamber before the passage of the 17th Amendment returned to the chamber after a 10+-year absence during the direct election era:

Of course, should Larry Pressler make good on his interest of running for Tim Johnson’s seat in South Dakota next year, he would shatter the modern Rip Van Winkle mark at 18 years.

In Nebraska’s 2012 Senate contest, former Democratic U.S. Senator Bob Kerrey failed in his attempt to return to the chamber after 12 years – a feat that would have tied Coats’ modern mark.