Only 4 of 31 Texas U.S. Senate candidacies by sitting or ex-U.S. Representatives have been successful in the direct election era 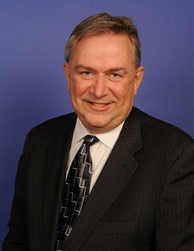 The candidacy of Stockman, one of the most outspoken Republican members of the 113th Congress, has been largely characterized as doomed from the start given his late entrance into the race (the primary is on March 4th), his relative lack of funds vis-à-vis Cornyn (the Senate’s Minority Whip), as well as the trail of eyebrow-raising statements he has delivered while in office this year.

Stockman is in his second, nonconsecutive term (previously serving from 1995 to 1997) and is seeking to become just the fifth Texan to win election to the chamber as a sitting or former member of the U.S. House of Representatives.

Nearly seven times as many have failed.

A Smart Politics analysis finds that just four of 31 sitting or ex-Texas U.S. Representatives running for the U.S. Senate have been victorious during the direct election era, or 12.9 percent.

Over the last century since the passage of the 17th Amendment, only the following Texas U.S. Representatives were elected to the nation’s upper legislative chamber:

Two of these candidates – Connally and Bentsen – did what Stockman is attempting to do: knock out an incumbent during the primary election (Democrats Earle Mayfield in 1928 and Ralph Yarborough in 1970).

During this 100-year span, sitting or former Texas U.S. Representatives have run for the U.S. Senate and failed on 27 other occasions including at least one attempt each decade:

Representative Stockman is just one of seven Republican challengers taking on Cornyn this cycle, although he is the only officeholder.

* Denotes number of terms served in the U.S. House at the time of the U.S. Senate candidacy. Table compiled by Smart Politics.