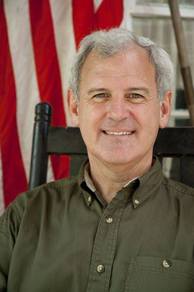 In fact, the last Democrat to reach the 40 percent mark in a 1st CD race came in 1984 when Frank McRight narrowly lost to Sonny Callahan with 49 percent of the vote in an open seat race.

McRight is the only 1st CD Democrat to win 40 percent of the vote over the last 25 general and special election contests since 1966.

Byrne fills the seat vacated by Jo Bonner who resigned in August to become the University of Alabama System’s vice chancellor of government relations and economic development.

The special election continues a general pattern of cycle-to-cycle partisan stability in a state that, over the course of the last five decades, has nonetheless seen a nearly 180-degree flip in the partisan composition of its U.S. House delegation from 8-0 Democratic to 6-1 Republican.

Prior to the Election of 1964, Republicans had not won an Alabama U.S. House seat since the 1800s, when GOPer William Aldrich successfully contested the Election of 1898 in the 4th Congressional District.

After the passage of the Civil Rights Act in July 1964, Republicans picked off five of the eight seats held by Democrats that November (all eight seats had been elected at-large during the 1962 cycle).

During the next 24 cycles, from 1966 through Tuesday’s special election, Republicans and Democrats have each won 87 contests.

Republicans have held 83 seats (82 general election, one special) and picked off four Democratic seats during this period:

In short, since 1966, only one U.S. House seat has flipped that did not involve an open seat race or a freshman incumbent on the ballot.

Overall, just 17 of the 174 general and special U.S. House elections in the state since 1966 have been decided by less than 10 points: