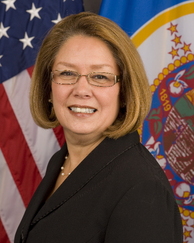 Minnesota Lieutenant Governor Yvonne Prettner Solon’s decision not to join Mark Dayton’s ticket in 2014 this week did not come as a surprise to many Capitol-watchers in St. Paul, and so the speculation now begins as to who will be the one-term incumbent’s running mate this fall.

Although two women are on that list, Prettner Solon’s departure from elected office at the end of the term puts in jeopardy a remarkable streak in the state that dates back to the early 1980s.

A Smart Politics analysis finds that Minnesota holds the all-time record for the most women elected to the office of lieutenant governor in the nation as well as the most cumulative years served and the longest active streak.

Women have been elected to the position of lieutenant governor in Minnesota for eight consecutive election cycles dating back to 1982 when DFLer Marlene Johnson was victorious on Rudy Perpich’s ticket.

This accomplishment stands in stark contrast to Minnesota’s other streak in state electoral politics: Minnesota is one of just 10 states across the nation never to even nominate a woman to a major party gubernatorial slot – joining Georgia, Idaho, Mississippi, New York, Ohio, South Dakota, Tennessee, Utah, and neighboring Wisconsin.

And now, at 31 years and counting, Minnesota holds both the active and all-time marks for consecutive years with a woman serving as lieutenant governor as well as the largest number of women to hold the position with six.

The Gopher State also owns the record for the largest cumulative number of years women have served as lieutenant governor – also 31 years.

Only one state comes close to these marks – Minnesota’s neighbor to the south, Iowa. 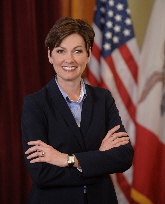 (Prior to 1998, the office was elected on a separate ballot in Iowa).

Unlike Prettner Solon, however, Reynolds is running for reelection in 2014 with Iowa Governor Terry Branstad officially announcing his bid for an unprecedented sixth four-year term this week.

Following Minnesota (31 years) and Iowa (27 years), Colorado is third with women serving for a total of 20 years as lieutenant governor in the Rocky Mountain State.

After Minnesota (eight) and Iowa (seven), three states are tied for third with the largest number of cycles in which a woman was elected lieutenant governor: Colorado, Connecticut (including current Lt. Gov. Nancy Wyman), and Vermont with five. 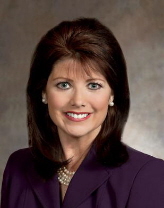 The Badger State (at 12.7 years and counting) currently sits third behind Minnesota (31 years) and Iowa (27 years) for the longest active streak of women holding the lieutenant governor’s slot in their respective states.

Current Lt. Gov. Rebecca Kleefisch survived a recall election on a separate ballot from Scott Walker in Wisconsin back in 2012.

Indiana is fourth at 10.5 years and Rhode Island is fifth at seven years with Sue Ellspermann and Elizabeth Roberts currently serving in those two states respectively.

Overall, 78 women across 36 states have served as lieutenant governor, winning 105 elections and serving a collective 386 years.

Midwestern states dominate the top of the list tallying 38 percent of the years served (148.9) and winning 39 percent of these elections (41).

Five states do not have the office of lieutenant governor in their constitution (Arizona, Maine, New Hampshire, Oregon, and Wyoming) and the position is not elected by popular vote in two others (Tennessee and West Virginia, where the state senate speaker and president serve in the position respectively).

As for the prospects of Minnesota continuing its streak in 2014, even if Governor Dayton does not select a woman for his next running mate that doesn’t mean there will not be a female lieutenant governor in St. Paul in January 2015.

It is also possible that the eventual Republican gubernatorial nominee also selects a woman for the slot and wins next November.

During the eight-cycle span since 1982, eight additional female nominees for lieutenant governor with major party status in the Gopher State were defeated at the ballot box:

Most Years with Female Lieutenant Governors in Office by State