The only other Floridian with a shorter stint in the U.S. House served 141 years ago after successfully contesting the state’s at-large Election of 1870 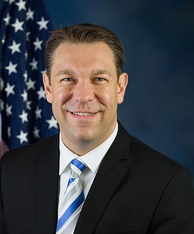 Republican U.S. Representative Trey Radel’s letter of resignation to House Speaker John Boehner Monday marked an about-face for the embattled Congressman who had endured pressure to vacate his seat ever since his arrest for attempting to buy cocaine in D.C. from an undercover federal agent became public last November.

Over the last two-plus months, Radel had seemingly ignored attempts from GOP colleagues to persuade him to quietly step aside. Instead he remained in office and entered a rehab facility after admitting he was battling alcoholism.

But now, with his resignation effective Monday, Radel will go down in the history books with one of the shortest ever stints in the nation’s lower legislative chamber for a Sunshine State U.S. Representative.

A Smart Politics analysis finds that Trey Radel’s tenure of 389 days in the U.S. House is the second shortest among the 132 Floridians to serve as U.S. Representative in state history, and the shortest among those seated at the convening of a new Congress.

Radel entered the chamber along with five other true freshmen from Florida on January 3, 2013: Republicans Ron DeSantis and Ted Yoho and Democrats Lois Frankel, Joe Garcia, and Patrick Murphy.

But while his colleagues will continue to serve their respective districts on Tuesday and beyond, Radel’s time in the U.S. House of Representatives ended late Monday, for a span of just 389 days.

Only one other Floridian served fewer days in the chamber – and that came under very unusual circumstances. 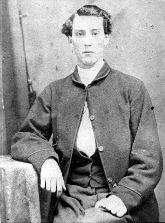 The state’s fourth U.S. House election after the Civil War in 1870 pitted Conservative Democrat Silas Niblack (a former slave owner and veteran of the Confederacy) against the Republican nominee, Josiah Walls (an African-American) for the state’s lone at-large seat.

Walls, who was nearly assassinated during his campaign, became one of the first black Americans elected to Congress with a 2.6-point victory and was seated on March 4, 1871.

Niblack contested the election, however, on the grounds that Democratic ballots were improperly rejected in several counties.

Nearly two years later, the House Committee on Elections ruled in Niblack’s favor and he was seated on January 29, 1873.

Before the U.S. House had ruled on the contest, Walls and Niblack were among four candidates running for two-at large seats in the Election of 1872.

Walls finished second and would retake his seat in March 1873, but Niblack finished third and would never return to the chamber.

Presuming DeSantis, Yoho, Frankel, Garcia, and Murphy each serve until at least May 18th of this year, only one other Florida U.S. House member has served less than 500 days in the chamber.

Democrat William Brockenbrough ran as his party’s nominee for the at-large seat after statehood in 1845.

Brockenbrough was defeated by Whig nominee Edward Cabell by 51 votes but successfully contested the election and was seated on January 24, 1846.

Radell now becomes the seventh Floridian to resign from the U.S. House and the fifth to do so over the last 12.5 years:

· Four-term Republican Joe Scarborough resigned in September 2001, giving the reason he wished to spend more time with his family

Two other Florida U.S. Representatives resigned from their seats since statehood:

· One-term Republican William Purman resigned in January 1875 to become a member of the Florida House for one session (Purman had already won reelection to his U.S. House seat, which he took at the start of the 44th Congress in March 1875).

· Ten-term Democrat Lex Green resigned near the end of his final term in November 1944 to enter the U.S. Navy where he served as a lieutenant commander. Green had already decided not to seek reelection to his seat that cycle but instead ran for and failed to receive his party’s nomination for governor.