Five of the Top 30 longest-serving New Jersey U.S. Representatives are currently serving in the 113th Congress 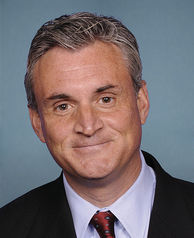 Tuesday morning brought the news of yet another forthcoming exit of a long-serving member of Congress – this time Democratic U.S. Representative Rob Andrews of New Jersey.

Andrews, who currently serves on the Armed Services and Education and the Workforce Committees in the nation’s lower legislative chamber, has represented the 1st Congressional District since winning a special election in November 1990.

At more than 23 years of service, Andrews’ tenure puts him in some elite company in the state.

A Smart Politics review of tenure data of New Jersey U.S. Representatives finds that Rob Andrews holds the tenth longest tenure in New Jersey history out of more than 300 who have held the position.

Overall, 314 men and women have served as U.S. Representatives from the Garden State since 1789.

A total of 30 of these members, or less than 10 percent, have been elected to 10 or more terms.

Andrews is one of just 10 representatives from New Jersey who has been elected to the chamber at least 13 times.

Andrews hasn’t resigned yet – he is slated to officially exit the chamber later this month to take a public affairs position at a Philadelphia law firm – and through Tuesday has logged 23 years, 2 months, and 29 days in office (8,491 days).

That is good for the 10th longest tenure in state history, with two of his current colleagues in the chamber ahead of him. 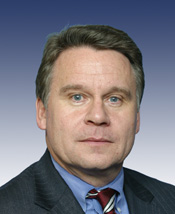 That marks the longest stretch in the U.S. House for any Republican in New Jersey history, and second only to Democrat Peter Rodino overall.