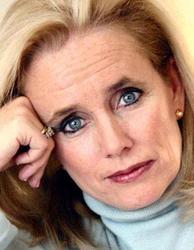 Reports continued to flow out of Washington Tuesday that Debbie Dingell will indeed run for the seat of her retiring husband, 30-term Democratic U.S. Representative John Dingell – perhaps officially announcing as early as this week.

In recent years, the wife of the longest serving member of Congress in U.S. history has served as the president of D2 Strategies, vice chair of General Motors Foundation, chair of the Manufacturing Initiative of the American Automotive Policy Council, co-chair of the Children’s Leadership Council of Michigan, a superdelegate of the Democratic Party, and member of the Board of Governors of Wayne State University.

If Dingell does run and capture her party’s nomination, she is a virtual shoo-in to win the general election this November in Michigan’s Democratic-heavy 12th Congressional District.

While such a win would not make Debbie Dingell the first woman to win a seat in Congress previously held by her spouse, it would be the first of its kind.

A Smart Politics analysis finds that if Debbie Dingell wins John Dingell’s U.S. House seat in November 2014, it will mark the first time in history that a non-widowed female candidate has directly succeeded her husband in either chamber.

Over the last 90+ years, nearly 50 women have won elections or been appointed to seats in the upper or lower legislative chambers that were once held by their husbands.

The only women to immediately follow their husbands into office and take over their seats were widows – either by winning election to the U.S. House or receiving an appointment to the U.S. Senate after vacancies were created by the death of their spouses. 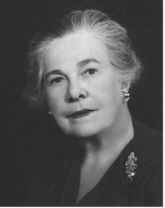 The first widow to directly replace her husband in Congress was California Republican Mae Nolan in 1923.

Nolan’s husband, John, was a five-term incumbent from the 5th Congressional District of the Golden State who had been reelected to a sixth term unopposed in 1922, but died shortly after Election Day in November of that year.

Mae Nolan won two special elections with a plurality of the vote two months later in 1923 to claim both the remainder of her husband’s term in the 67th Congress and to the full term for the 68th.

While many widows in these early years simply served out the remainder of their deceased husband’s term and then retired, others logged several years in Congress – some more than their husbands.

Oregon Democrat Maurine Neuberger won a special election to her late husband Richard’s seat in November 1960, as well as election to the subsequent full term, but fellow Democrat Hall Lusk was appointed in the interim after the senator’s death in March.

(In 2000, Missouri Democrat Jean Carnahan was also appointed to a Senate seat won by her deceased husband after the general election, but he never served in the chamber – dying shortly before Election Day). 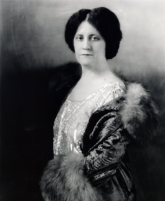 Although only widows have immediately taken over for their husband’s seat in Congress, one non-widowed woman later a won seat previously held by her husband a bit down the road: Kentucky Republican Katherine Langley.

Langley’s husband, John, was a 10-term member of the U.S. House who was convicted in federal court of violating the Prohibition Act by trying to sell more than a thousand bottles of whiskey.

Congressman Langley actually won reelection to his 10th term in 1924 after his conviction was handed down, but resigned in January 1926 when he was sentenced to two years in federal prison.

A special election conducted in February of that year was won by attorney Andrew Kirk, who held the seat until March 1927.

Katherine Langley defeated both Kirk in the 1926 GOP primary and her Democratic foe in the general election by double digits with the backing of her quasi-folk hero husband from prison.

Congresswoman Langley took her husband’s seat 417 days after his resignation and would go on to serve two terms in the chamber.

Three other women took their husband’s seats after at least one other officeholder held the position, though all were widowed.

One was Illinois Republican Ruth McCormick – who was actually married to two members of Congress.

McCormick’s first husband, Joseph McCormick, served one term as an at-large U.S. Representative from 1917 to 1919 before getting elected to the U.S. Senate where he served until his death in 1925.

Three years later, Ruth McCormick won one of the state’s at-large seats and would serve one term before losing by 33 points as the GOP nominee for the U.S. Senate in 1930.

In 1932, Congresswoman McCormick married another lawmaker – New Mexico Republican Albert Simms – with whom she served during the 71st Congress. 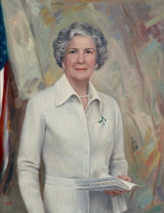 A few decades later, in 1951, Leonor Sullivan’s husband, John, died in office during his fourth interrupted term as a Democratic Congressman from Missouri’s 11th CD.

Show Me State Democrats chose Harry Schendel over Sullivan’s widow as their nominee to run in the subsequent special election, which the Republican Party picked up in March 1951 with their nominee Claude Blakewell.

After reapportionment and redistricting in 1952, Leonor Sullivan emerged as the Democratic nominee (narrowly defeating ex-U.S. Rep. Raymond Karst by four points in the primary) and trounced Blakewell in the general election by 29 points.

Finally, in 2007, Massachusetts Democrat Niki Tsongas was elected in a special election to the state’s fifth congressional district – represented by her late husband Paul for two terms more than a quarter century prior from 1975 to 1979.

Congresswoman Tsongas was reelected to two more terms and then to one term after redistricting in 2012 to the 3rd CD.

Widows Who Directly Succeeded Their Spouses in Congress

* Denotes U.S. Delegate. Table compiled by Smart Politics with information culled from the Biographical Directory of the United States Congress.