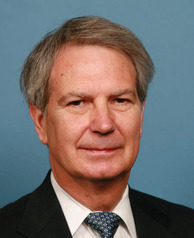 While the Republican U.S. Senate primary stole much of the headlines leading up to North Carolina’s primary Tuesday, notice was taken of two of the state’s incumbent U.S. House members who faced intraparty challengers this cycle: ten-term Republican Walter Jones from the 3rd CD and two-term GOPer Renee Ellmers from the 2nd CD.

Both U.S. Representatives prevailed, as did the other eight incumbents on the ballot Tuesday evening from the North Carolina U.S. House delegation.

However, it should not be surprising that all 10 members of the North Carolina delegation running for reelection made it to the general election ballot once again in 2014.

In fact, it’s been 58 years since any Democratic or Republican incumbent U.S. Representative lost their renomination bid in the state.

The last time a U.S. Representative from the Tar Heel State lost his or her party’s nomination bid was in 1956.

In that cycle, 11 of the 12 members from North Carolina’s delegation sought their party’s nomination (only four-term Democrat Woodrow Jones of the 11th CD did not seek reelection).

Eight of these members of Congress were renominated (seven Democrats and one Republican) but three were defeated:

Since then, all 299 North Carolina U.S. Representatives seeking another term won their renomination bids through the 2014 primary.

While 100 percent of the state’s U.S. House members vying to keep their job have been renominated from 1958 through the 2014 cycle, two-dozen were ultimately defeated in the general election through 2012, for a reelection rate of 91.7 percent.

The paltry rate of incumbents losing their renomination bids extends back a century, even when the state was ruled and represented almost entirely by Democrats.

Looking back over the last 100 years, only seven of 513 North Carolina U.S. House incumbents have lost their renomination bids since 1914, or 1.4 percent.

In addition to the aforementioned three Democrats from 1956, the remaining four members of Congress from the state who were denied their party’s nomination over the last century are:

The two North Carolina U.S. Representatives who are not seeking reelection in 2014 are 15-term Republican Howard Coble from the 6th CD and nine-term Democrat Mike McIntyre from the 7th CD.

North Carolina’s delegation has had one vacancy since January when 11-term Democrat Mel Watt of the 12th CD resigned to become director of the Federal Housing Finance Agency.