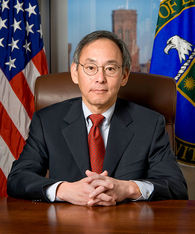 With the resignation announcement last month of Kathleen Sebelius as Secretary of Health and Human Services, President Barack Obama will soon be down to just five of his original 15 department heads: Attorney General Eric Holder, Secretary of Agriculture Tom Vilsack, Secretary of Education Arne Duncan, Secretary of Housing and Urban Development Shaun Donovan, and Secretary of Veterans Affairs Eric Shinseki.

Smart Politics reported in February on how Holder, who has stated he has no plans to resign from his post despite frequent calls to do so from his Republican critics, is steadily climbing the list of all-time service in the position.

But Holder is not the only member of the president’s cabinet who has ascended to become one of the longest-serving secretaries from their respective department.

A Smart Politics study finds that three members of Barack Obama’s cabinet have already recorded the longest tenures as heads of their respective departments, with three others currently ranked #2.

When Energy Secretary Steven Chu (pictured at top) left office more than a year ago, he exited with more days on the job than any of the 13 men and women to serve in the position since the department’s formation in 1977. 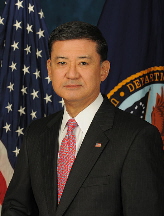 Seven secretaries have headed the Department of Veterans Affairs since its formation in 1989 and current Secretary Eric Shinseki has lasted the longest.

Just four men and women have served as head of this department since its creation a little more than a decade ago.

When Kathleen Sebelius announced her resignation a month ago, she had already notched the second longest tenure of the 21 secretaries of Health and Human Services dating back to the department’s original incarnation as the Department of Health, Education, and Welfare in 1953.

Sebelius will remain in office until her successor (nominee Sylvia Mathews Burwell) is confirmed, but will not catch Donna Shalala (1993-2001) at #1 who served nearly every day in the Clinton administration: 7 years, 11 months, 29 days.

Tommy Thompson is #4 (3 years, 11 months, 24 days) and Louis Sullivan is #5 (3 years, 10 months, 19 days), making the five most recent secretaries of Health and Human Services all land in the top five slots.

Two other secretaries from Obama’s original cabinet have also recorded the second-longest tenures heading their departments. 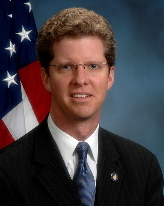 Shaun Donovan has been on the job as Secretary of Housing and Urban Development (HUD) for 5 years, 3 months, and 12 days through Thursday – second behind only Reagan Secretary Samuel Pierce (1981-1989) at 7 years, 11 months, 28 days.

If Donovan serves until the end of Obama’s second term he will fall just a few days short of Pierce’s record.

Of the 15 men and women to serve as HUD secretary since the post was created in 1965, only one other has eclipsed four years: Alphonso Jackson (2004-2008) at 4 years, 17 days (excluding his three-plus months as acting secretary).

Current Education Secretary Arne Duncan also ranks #2 of the nine to serve in the position since 1979.

Duncan has logged in 5 years, 3 months, 17 days through Thursday.

Duncan could tie Clinton Secretary Richard Riley for #1 (7 years, 11 months, 30 days) if he serves until the end of Obama’s term.

When Ray LaHood stepped down in July of last year, he had tallied the third longest tenure of the 17 Transportation secretaries in U.S. history. 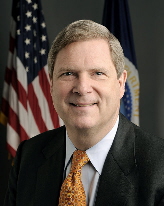 As for final remaining original Obama cabinet secretary, Tom Vilsack in Agriculture currently sits in seventh place of the 30 to head that department since the late 19th Century.

Vilsack has served 5 years, 3 months, 18 days through Thursday and could reach as high as #2 all-time if he serves until the end of the Obama presidency.