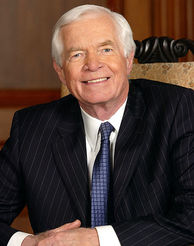 Mississippi U.S. Senator Thad Cochran turned a narrow second place primary finish from three weeks ago into a narrow runoff victory Tuesday – and turned many beltway heads along the way.

With more than 99 percent of precincts reporting, Cochran led GOP State Senator Chris McDaniel with just shy of 51 percent of the vote.

The win marked the 22nd consecutive renomination victory by a Mississippi U.S. Senator since Democrat Wall Doxey’s loss in 1942 to James Eastland.

The only other U.S. Senator from the Magnolia State to lose a renomination bid during the direct election era was James Vardaman in 1918.

Cochran’s win marks the third time a second place Mississippi U.S. Senate primary finisher came back to win the runoff out of eight such contests in state history, following Hubert Stephens in 1922 (over Vardaman) and Theodore Bilbo in 1934 (over Stephens).

Three weeks ago, Cochran and McDaniel battled in what was the second most competitive U.S. Senate primary by either party in Mississippi history – decided by just 0.5 points.

That competitiveness was on full display Tuesday as the 50.9 percent won by Cochran marked the lowest victory tally in any of the eight U.S. Senate runoffs in Mississippi history, besting Bilbo’s 51.8 percent in 1934.

With his victory, Cochran avoided an embrassing primary loss that has been quite rare among members of the U.S. Senate’s Six-Term Club.

Twice as many six-term U.S. Senators have died in office than have lost their party’s nomination.

A Smart Politics analysis finds that Cochran was the 18th six-term U.S. Senator who sought his party’s nomination to a seventh term in the direct election era, and the 16th to successfully do so.

By just a few thousand votes, Cochran narrowly avoided adding his name to a list of six-term primary losers that has just two names on it: Tennessee Democrat Kenneth McKellar and Indiana Republican Dick Lugar. 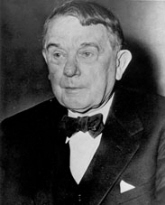 But in 1952, McKellar sought an unprecedented seventh term and received a primary challenge from seven-term U.S. Representative Al Gore, Sr.

Gore – who at age 44 was 39 years younger than the sitting Senator – defeated McKellar in that summer’s Democratic primary by a decisive 15.6-point margin.

In 2012, however, Indiana’s Dick Lugar became the second six-term U.S. Senator to lose his party’s renomination bid when he was defeated by 21 points in the GOP primary by a more conservative candidate, Richard Mourdock.

Like Mourdock, McDaniel positioned himself as a more conservative alternative to his opponent.

With his victory, history suggests Cochran would seem to have even better odds in the general election.

Out of the 15 previous six-term U.S. Senators to win their renomination bids, just one lost that November: Republican Slade Gorton defeated incumbent Warren Magnuson in Washington in 1980.

And as for those who passed away before being able to run for a seventh term, four six-term U.S. Senators have died in office office over the last century:

Overall, just 14 of the 32 six-term U.S. Senators serving entirely in the direct election era were elected to a seventh term, with the remaining 18 either retiring at the end of their term, losing at the ballot box, or dying in office.

In addition to the four deaths, two failed primary bids, and one general election loss, an additional 11 six-term U.S. Senators decided not to seek reelection, including two this cycle:

The political fate of Cochran will be determined this November against former Democratic Congressman Travis Childers.

One additional six-term U.S. Senator who has served completely during the direct election era – Iowa Republican Chuck Grassley – appears to be on track to run for a seventh term in 2016.