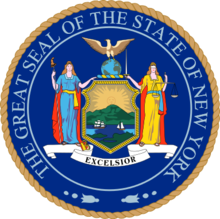 Changes in state election laws have been front and center in recent years as ideological and partisan disagreements have arisen over issues such as the need for voter ID and early voting.

The lack of uniformity in voting laws around the country is stark – and that is no more apparent than the variation in the number of hours one has to vote on Election Day depending on the state in which one happens to reside.

On the extreme ends of the spectrum, residents in some states are allotted more than twice as many hours to cast their ballots as those in others.

For starters, two states either entirely (Washington) or mostly (Oregon) vote by mail, and thus many residents of these states do not need to look up the hours of a local polling station when November 4th arrives.

Of the remaining four-dozen states, most, but not all, require a uniform number of voting hours at polling stations throughout the state.

Some states allow hours to be set within certain parameters by local officials (e.g. Montana) with others setting a minimum number of hours the polls must be open but permitting localities to open the polls earlier (Idaho, Kansas, Massachusetts, Vermont) or stay open later (Kansas) if they so choose.

A few states also permit smaller municipalities to have shorter voting hours on Election Day, owing to the low traffic that is likely to go through the doors of its polling stations (e.g. Maine and Minnesota, under certain circumstances).

The range of voting hours can be quite varied from state to state, although the vast majority of states dictate that the polls remain open for either 12 or 13 hours.

On one end of the continuum is New York, whose polling stations for general elections are open a nation-high 15 hours, from 6 AM to 9 PM.

At the other end of the spectrum is Hawaii, whose polls are open just 11 hours statewide, from 7 AM to 6 PM.

Some polling stations in Vermont, meanwhile, are open only nine hours with election statutes allowing stations to open within a very wide window of 5 AM to 10 AM with all required to close at 7 PM.

Hawaii is one of just three states to close its polling stations at 6 PM with Indiana and Kentucky the other two.

New York and Iowa are the only two states to allow voters to cast their ballots until 9 PM.

Some polling stations in Maine and New Hampshire also open as early as 6 AM, but not all municipalities are required to do so.

Vermont’s election law permits polls to open as early as 5 AM with stations in Massachusetts opening as early as 5:45 am but no later than 7 AM.

Voting begins in three states at 6:30 AM: North Carolina, Ohio, and West Virginia.

The most common time for the polls to open is 7 AM, with more than half of the states doing so at that time: Alabama, Alaska, California, Colorado, Delaware, Florida, Georgia, Hawaii, Iowa, Kansas, Maryland, Massachusetts, Michigan, Mississippi, Nebraska (Mountain Time Zone only), Nevada, New Mexico, Oklahoma, Oregon (for those that do not vote by mail), Pennsylvania, Rhode Island, South Carolina, South Dakota, Texas, Utah, Wisconsin, and Wyoming.

Additionally, some or most polling locations open at 7 AM in Minnesota, Montana, North Dakota, and Tennessee.

Polling centers in some municipalities do not open until 10 AM in Maine and Minnesota, until 11 AM in New Hampshire, and until noon in Montana and North Dakota.

North Dakota laws allow for precincts in which fewer than 75 votes were cast in the last general election to open as late as noon. With polling locations able to close at 7 PM (though clerks are permitted to let them stay open until 9 PM), that means some voters in North Dakota have only seven hours to vote – less than half of the time allotted to New York residents.

Note: While several states have fixed voting hours, some statutes specifically allow those who are standing in line at the time of the poll closing to be permitted to vote (e.g. Arkansas, Delaware, Georgia, Kentucky, North Dakota, South Dakota).

* In Kansas, polls must be open a minimum of 12 hours; clerks may open earlier than 7 AM and close later than 7 PM.
** In Maine, municipalities with a population of less than 500 can open between 6 AM and 10 AM while those with a population of 500+ may open between 6AM and 8 AM.
*** In Nebraska, for those living in the Mountain Time Zone, polls open at 7 AM and close at 7 PM.
**** In Oregon, poll opening and closing times are in Pacific Time.
***** In Washington, voters vote by mail only.
Table compiled by Smart Politics with information culled from state election statutes and the League of Women Voters Vote411 project.