South Dakotans elect the highest rate of beautiful legislators, if The Hill’s annual list is a guide for such a measure 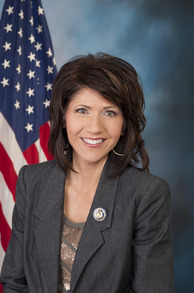 On Tuesday, The Hill published its latest edition of the 50 Most Beautiful people in the Beltway.

From 2004 through 2013, nearly 40 percent of ‘beautiful’ members of Congress had resigned in scandal, were defeated at the ballot box, or retired from office after receiving the award – such as John Edwards, John Ensign, Vito Fossella, and Jesse Jackson, Jr.

(Last year’s calculation does not include 2011 honoree Michael Grimm of New York’s 11th CD who stands trial this fall on federal fraud charges).

With the 11th edition of The Hill’s list released today, there have now been more than 70 U.S. Senators and Representatives featured as the most beautiful in D.C.

And so, which states elect the most beautiful members of Congress?

Smart Politics calculated the rate at which each state’s members of Congress have appeared on The Hill’s 50 Most Beautiful list since its first installment in 2004 and found that South Dakota tops the list running away with Alaska, Washington, Oklahoma, and South Carolina rounding out the Top 5.

To date, 34 states have seen at least one U.S. Senator or Representative listed among The Hill’s Most Beautiful dating back to the first issue in the summer of 2004.

The 16 states which are still waiting for its members of Congress to be recognized for their (inner and) outer beauty are: Alabama, Arkansas, Delaware, Georgia, Idaho, Iowa, Kansas, Maine, Missouri, Montana, North Dakota, Rhode Island, Utah, Vermont, West Virginia, and Wyoming.

While California has had the most legislators appear on the list with nine, it has also had the biggest pool of members of Congress from which to draw: 85 men and women have served in the chamber from the Golden State since the 108th Congress when the first 50 Most Beautiful list debuted. 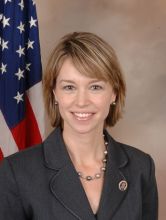 Instead, top honors go to South Dakota, and it’s not even close: with 60 percent of its congressional delegation being crowned beautiful since 2004 including each of the last three – Democratic U.S. Representative Stephanie Herseth (Sandlin) in 2004, Republican U.S. Senator John Thune in 2005, and Republican U.S. Representative Kristi Noem in 2011.

Only Democratic Senators Tom Daschle (who exited the chamber in January 2005) and Tim Johnson (who is retiring at the end of this year) failed to make the list.

That’s a lot of beauty for a state with the fifth smallest population in the country at well under 900K.

In second place is Alaska, where on of the four members to serve in its congressional delegation since 2004 has appeared on the list: GOP Senator Lisa Murkowski in 2011, on the heels of her impressive write-in campaign to win reelection the previous November. 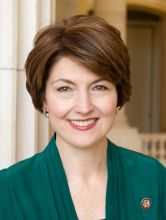 Washington comes in at #3 at 17.6 percent with three of its 17 members honored by The Hill including John Slattery look-alike Republican Dave Reichert (2009) and Cathy McMorris Rodgers (2006) who gave the Republican response to President Obama’s 2014 State of the Union Address.

States with large congressional delegations that have been meagerly represented on the Most Beautiful list include Texas, Pennsylvania, Michigan, and New Jersey at just one legislator each.

Texas has had 56 different members serve in the upper and lower legislative chambers of Congress since 2004 and none were recognized for their beauty until Democratic U.S. Representative Beto O’Rourke in 2013.

The lone congressional member of the Most Beautiful Club from Pennsylvania is Republican Charlie Dent (2005) with former Democratic Rep. Hansen Clarke (2011) and Senator Cory Booker (2014) the only recognized beauties from the Wolverine and Garden States respectively.

Among the 16 states without any members of Congress to make the list thus far, Georgia stands out as 25 different members have served in its congressional delegation over the last decade.

States with the Highest Rate of Members of Congress on The Hill’s 50 Most Beautiful List, 2004-2014

Compiled by Smart Politics from the last 11 editions of The Hill’s 50 Most Beautiful People.