A study of 2014 U.S. Senate race ratings finds the odds of a pick-up in Iowa’s race between Bruce Braley and Joni Ernst are closer to 50-50 than any other contest in the country 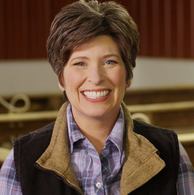 In late June, Smart Politics undertook an analysis of 2014 U.S. Senate race rankings to determine which seats the media believed were mostly likely to flip partisan control after November’s elections.

That composite analysis found South Dakota the runaway winner with West Virginia, Montana, and Louisiana having a unanimous hold on second, third, and fourth most likely respectively.

Over the last two and one-half months, a plagiarism scandal prompted Montana’s Democratic nominee to drop out of the race, support for Larry Pressler’s independent bid in South Dakota has seemingly surged, and the Democratic nominee in Kansas has stopped campaigning and is trying to remove his name from the November ballot.

So, how do the media see the state of the races for the nation’s upper legislative chamber today?

According to the slide-rule crowd, the odds of a pick-up in Iowa’s race between Democratic Congressman Bruce Braley and Republican State Senator Joni Ernst are closer to 50-50 than any other contest in the country, with the contest in Alaska close behind.

The average of pick-up probabilities across the four media outlets under analysis as of September 14th gives Ernst a 46.3 percent chance of winning retiring Democrat Tom Harkin’s seat – or just 3.7 points shy of a 50/50 tossup.

The Monkey Cage gives the GOP its most sunny odds in the Hawkeye State at 58 percent with HuffPollster at 47 percent, FiveThirtyEight at 45 percent, and The Upshot at 35 percent.

Next is Alaska, where the four outlets give Republican Dan Sullivan a 55.5 percent chance of unseating one-term Democrat Mark Begich, or 5.5 points north of a coin flip.

FiveThirtyEight gives Sullivan a 69 percent chance of winning in November, with the remaining three outlets much closer to a 50/50 proposition – The Upshot at 56 percent, HuffPollster at 49 percent, and The Monkey Cage at 48 percent.

The various formulas and methodologies utilized by these four media outlets currently yield 50/50 dead heats in just two out of 144 instances: HuffPollster’s ratings for the contests in Louisiana and Kansas.

Note: The Real Clear Politics average of surveys conducted for the elections in Iowa, Louisiana, Alaska, and North Carolina are all currently between 1.3 and 1.8 points of a tie between the top two candidates in each race.

And which seats are most likely to flip after November?

As of this weekend, the number-crunchers give West Virginia’s seat the highest probability to change partisan control in 2014 – ranking #1 at the The Upshot and HuffPollster and #2 at the Monkey Cage (behind South Dakota) and FiveThirtyEight (behind Montana), for an average ranking of 1.5.

Democrat Jay Rockefeller has held the Mountain State’s Class II Senate seat since 1985 where Congresswoman Shelley Moore Capito is seen to have a strong advantage over West Virginia Democratic Secretary of State Natalie Tennant with all four outlets giving at least a 97 percent chance Capito will win the race.

In Montana, Republican Congressman Steve Daines is given the second highest odds of picking up a seat in 2014 in his race against Democratic State Representative Amanda Curtis who recently replaced scandal-plagued appointed Senator John Walsh on the November ballot.

The Upshot and FiveThirty Eight view Montana as the most likely to flip (99+ percent chance), with the Monkey Cage at #2 (99 percent), and HuffPollster at #3 (90 percent) for an average ranking of 1.8.

South Dakota’s race has become of increasing interest with former three-term Republican U.S. Senator Larry Pressler drawing as much as a quarter of the vote in his quest to win back his old seat – a surge that has helped drag GOP frontrunner Mike Rounds under 40 percent.

Pressler may be drawing votes away from Democrat Rick Weiland, and the media still gives the Republican Party very strong odds to pick up the seat, ranking #1 at the Monkey Cage, #2 at HuffPollster, and #3 at The Upshot and FiveThirtyEight, for a 2.3 ranking overall.

Only FiveThirty Eight (11 percent) and HuffPollster (nine percent) give Weiland a ray of hope in the Mount Rushmore State contest.

With all the talk of the GOP having a very good chance at picking up the six seats necessary to pry back control of the chamber, it is not surprising that each of the Top 7 seats deemed most likely to flip are held by the Democrats.

At #8 is Kansas where Pat Roberts has shot up the charts to become the most vulnerable Republican U.S. Senator this cycle with Democrat-turned-independent Greg Orman rising in the polls, particularly after Democrat Chad Taylor ended his campaign.

Georgia (tied for #10) and Kentucky (tied #13) are the only two other Republican held seats among the Top 15 most likely to flip.

Media Rankings of U.S. Senate Seats Most Likely to Flip in 2014