Twenty states have been represented in Congress by a Scottish-born U.S. Representative or U.S. Senator, including one Speaker of the House 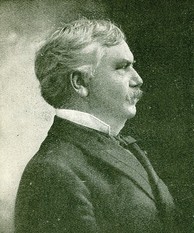 Scottish voters went to the polls Thursday to vote on a referendum that will decide whether or not they will be independent from the United Kingdom after a 307-year union.

While all eyes are on Scotland, Smart Politics dug into the Biographical Directory of the United States Congress and unearthed 42 former members who were born in that bonny, faraway land.

The list includes a Speaker of the House, two future cabinet members, and an Alabama congressman who was assassinated after the Civil War.

The most famous name on the list of Scottish-born members of Congress is former Speaker of the House David Henderson.

Henderson, an Iowa Republican, served 10 terms in the lower legislative chamber from 1883 to 1903 – the last two of which as Speaker, succeeding Thomas Brackett Reed of Maine.

Henderson was born in Old Deer, Scotland in 1840 and immigrated to the United States at the age of six.

With 20 years of service, Henderson has the second-longest tenure in the U.S. House of any Scottish-born member behind only Democrat Robert Crosser of Ohio.

Crosser also holds the distinction of being the last Scottish-born individual to serve in either chamber, exiting 59+ years ago in January 1955.

Crosser is one of only two members born in Scotland to serve on Capitol Hill after 1921, the other being five-term Republican U.S. Representative George Gillie of Indiana who represented the Hoosier State’s 4th CD from 1939 to 1949.

Gillie was born in Berwickshire, Scotland in 1880.

Other notable Scottish-born members include two who went on to become cabinet secretaries.

Sandwiched in between his two stints in the Senate, Campbell – born in Tongue, Sutherlandshire in 1769 – was James Madison’s Secretary of the Treasury.

Campbell was the fifth Treasury secretary in U.S. history and served in that position for just shy of eight months in 1814. 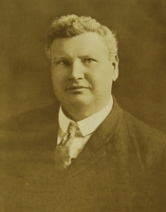 Pennsylvania Democrat William Wilson served three terms in the U.S. House from 1907 to 1913 before becoming Woodrow Wilson’s Labor secretary – a position he held for two full terms until March 1921.

Wilson, born in Blantyre in 1862, was the first individual to serve as head of the newly created department.

In addition to the aforementioned Campbell, there have been only two other Scottish-born U.S. Senators in American history: Pro-Administration Samuel Johnston of North Carolina (1789-1793) was born in Dundee in 1733 and Democrat James Beck of Kentucky (1877-1890) was born in Dumfriesshire in 1822.

One other notable U.S. Representative who was born in Scotland met a tragic end.

Alabama Republican Thomas Haughey (1868-1869) was a freshman from the 6th CD after the state was readmitted to the Union.

Haughey, born in Glasgow in 1826, was shot in the stomach while giving a speech at a courthouse by a stand-in for his political opponent in Courtland, Alabama and died five days later from his wounds.

Overall, New York has voted into office the largest number of Scottish-born members of Congress with 10, although none had particularly long tenures on the Hill.

Republican John Farquhar (born in Ayr in 1832) served three terms in the House from 1885 to 1891 while five others served two terms and four served just one.

Pennsylvania has had the next largest number of Scottish-born members of Congress with four followed by Indiana, Iowa, North Carolina, and Ohio with three, and New Jersey and Wisconsin with two.

Eight of these 42 congressmen were born in Glasgow with three each born in Dundee and Paisley and two in Edinburgh and Ayrshire.

The birth places of three members from Scotland are unknown.

* Note: All dates of service for U.S. House unless followed by an “(S)” for U.S. Senate. Table compiled by Smart Politics with information provided in the Biographical Directory of the United States Congress.