At least four third party, independent, or write-in gubernatorial candidates have won 10+ percent of the vote in every midterm election since the 1986 cycle – a trend likely to continue this November 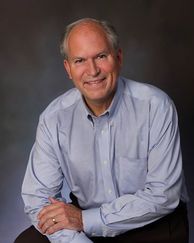 With just a shade over six weeks before Election Day, third party and independent candidates seem to be shaking up several of the nation’s 36 gubernatorial contests to be held this cycle.

In the first of a series of reports on third parties, Smart Politics highlights the five non-major party candidates running for governor this cycle who are currently polling in double-digits.

Of course, the conventional wisdom is that support for non-major party candidates wanes as Election Day approaches.

Even so, electoral history over the past few decades suggests that – in races for governor – several third party and independent candidates frequently retain enough of their support to win at least 10 percent of the vote in November.

A Smart Politics analysis finds that at least four third party, independent, or write-in gubernatorial candidates have reached double-digits in every midterm election since the 1986 cycle.

Overall, there have been 253 gubernatorial elections conducted over the last seven midterm elections dating back to 1986.

A total of 30 of these races have seen 33 non-major party or write-in candidates across 17 states win at least 10 percent of the vote, or nearly one out of every eight midterm elections for governor (11.9 percent).

Six such candidates were victorious: Alaska Independence nominee Wally Hickel in 1990, A Connecticut Party’s Lowell Weicker in 1990, independent Angus King of Maine in 1994 and 1998, Jesse Ventura of the Reform Party in Minnesota in 1998, and independent Lincoln Chafee of Rhode Island in 2010.

(Two of these switched to a major party affiliation before the end of their term: Hickel back to the GOP and Chafee to Democrat).

* Stevenson had won the Democratic nomination but created a new party as Lyndon LaRouche-backed candidates had won the nominations for Lieutenant Governor and Secretary of State. ** Taylor was a Republican State Senator who ran as a write-in candidate while the name of the GOP’s embattled nominee remained on the ballot. Table compiled by Smart Politics.

This trend is likely to continue in 2014 – with most notable non-major party candidates appearing in very tight races.

In Alaska, former Republican turned independent candidate Bill Walker (pictured at top) has polled in the double digits throughout the year.

Walker polled 37 percent in a Hays Research survey conducted a week ago in the always interesting Last Frontier State which has not only elected a third party governor not too long ago (Alaska Independence nominee Wally Hickel in 1990) but has seen at least one non-major party candidate (or write-in candidate) win more than 10 percent in five of the last nine cycles.

In Hawaii, former Democratic Honolulu Mayor Mufi Hannemann is causing his old party grief by running as an independent for governor this cycle.

Democrats improved their chances at winning their 12th of 15 gubernatorial elections since statehood when State Senator David Ige knocked embattled Governor Neil Abercrombie out of the race in the Democratic primary last month.

Hannemann, however, polled at 14 percent in a September Rasmussen poll which found Ige and Republican nominee Duke Aiona in a dead heat.

In Maine, independent candidate Eliot Cutler is seeking another bid for governor, although his numbers do not look nearly as promising as they did four years ago when he came up just 1.7 points short of defeating Republican Paul LePage of Maine with more than 36 percent of the vote.

In the 2014 rematch, Cutler has consistently polled north of 10 percent all year, but registered only 11 percent and 15 percent in September surveys conducted by PPP and Rasmussen respectively against LePage and Democratic Congressman Mike Michaud in the very competitive race.

If Cutler does not shed much more support by Election Day he will become the seventh non-major party gubernatorial candidate in the Pine Tree State to reach double-digits across six cycles since 1986, joining Sherry Huber and John Menario in 1986, Angus King in 1994 and 1998, Barbara Merrill in 2006, and Cutler himself in 2010.

The gubernatorial contest in Arizona to replace outgoing Republican Governor Jan Brewer is still up in the air between GOP State Treasurer Doug Ducey and Democratic nominee and former Arizona Board of Regents Chairman Fred DuVal.

All the while, Libertarian Barry Hess got his name on the gubernatorial ballot for the fourth consecutive cycle in the Grand Canyon State.

In the only survey conducted over the last month that mentions Hess’ candidacy (PPP, in late August), the Libertarian nominee polled at 12 percent – much higher than the 1.7 percent, 2.0 percent, and 2.2 percent he won during the 2002, 2006, and 2010 elections respectively. 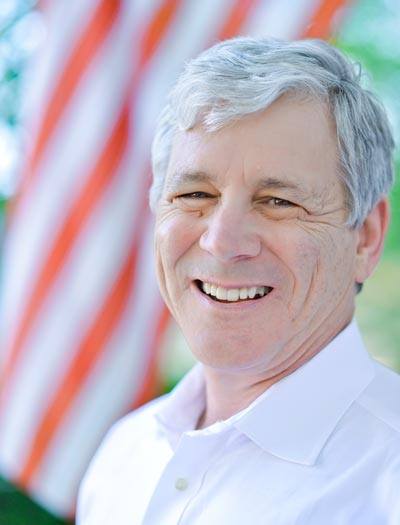 Lastly, in South Carolina, most analysts have expected Republican incumbent Nikki Haley to have a relatively easy path to defeating her Democratic opponent State Senator Vincent Shaheen in a rematch of the state’s 2010 race.

That may still be the case, and Governor Haley has led in all polling conducted this year, but the appearance of independent Republican and former State Representative Tom Ervin on the ballot may make the race more interesting.

That is an eye-opening number in the Palmetto State.

If Ervin even flirts with double-digits on Election Day that would be a major achievement in a state where no independent or third party gubernatorial candidate has won 10 percent of the vote since 1894 when Populist Sampson Pope won 30.4 percent in a two-candidate field.

In the ARG poll, Haley’s support was at only 43 percent with Shaheen at 33 percent.

In addition to the five races mentioned above, three Libertarian nominees in Florida, Georgia, and Kansas are all flirting with double-digits and could complicate Republican incumbents Rick Scott, Nathan Deal, and Sam Brownback from holding their respective seats:

The next report in this series will take a deeper dive into this historical data to highlight those states that have been particularly hospitable to successful third party gubernatorial candidacies over the last century.