Indiana has now placed candidates from both major parties on the ballot in a nation-best 189 consecutive U.S. House races, with New Hampshire, Minnesota, Idaho, and Montana also north of 100 in a row 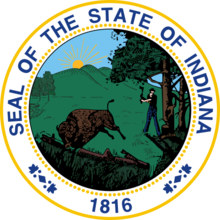 With the last of the nation’s primaries completed in September and early/absentee voting already underway in some states, the final list of candidates who will appear on the 2014 general election ballot is now complete.

Smart Politics examined the official candidate lists in all 50 states to determine in which states both the Democratic and Republican Parties were able to field candidates in every U.S. House race this cycle.

And, for those that received a perfect mark, how far back does the streak go?

A total of 31 states filled every general or special U.S. House race with candidates from both major parties this cycle with 19 failing to do so in at least one district: Alabama, Arizona, Arkansas, California, Florida, Georgia, Louisiana, Massachusetts, Mississippi, New York, North Carolina, Ohio, Oklahoma, Pennsylvania, South Carolina, Tennessee, Texas, Virginia, and Washington.

Democrats and Republicans have succeeded in some of these states at getting candidates on the ballot in every race for decades, with a handful of states doing so all the way back to the 1800s.

A Smart Politics review of congressional election data finds that Indiana, New Hampshire, Minnesota, Idaho, and Montana lead the nation with 100+ consecutive U.S. House general and special election contests offering both Democratic and Republican nominees on the ballot, with New Hampshire, Montana, Delaware, and Wyoming doing so in every contest since the 1800s.

At the top of the pack is Indiana, leading the way with Democratic and Republican candidates on the ballot in 189 consecutive congressional races across each of the last 19 election cycles since 1978.

The last time voters in Indiana did not have two major party candidates on the ballot in a U.S. House race was in 1976 when six-term Democrat Lee Hamilton ran unopposed in the state’s 9th CD contest.

Although Republicans currently hold a 7-2 advantage over the Democrats in the Hoosier State delegation, the two parties have been evenly matched during this 30+-year span with each winning 90 of the 180 races held between 1978 and 2012.

New Hampshire has the second largest streak at 177 straight contests – but also the longest current streak dating back to 1856 – the first year Republicans appeared in U.S. House races on the state’s congressional ballot.

Republicans are poised to give the Granite State’s two Democratic incumbents a fight in 2014 – particularly in the 1st CD where incumbent Carol Shea-Porter and ex-Congressman Frank Guinta match up against each other for the third time.

Gradually closing the gap on New Hampshire is Minnesota, which comes in third at 144 consecutive races with Democrats and Republican U.S. House candidates on the ballot.

Minnesota voters have had the choice of candidates from both major parties in every U.S. House race for 18 consecutive general election cycles dating back to 1980. (If this trend continues, the Gopher State will pass New Hampshire for second place in the 2026 cycle).

The last candidate to face no major party opposition was late DFLer Jim Oberstar in 1978 when he was challenged by only an American Party candidate to record his third of 18 victories from Minnesota’s 8th CD.

What is particularly notable about the long streaks in Indiana and Minnesota is that each state has a moderately large population – and thus a significant number of districts where candidates must be recruited each cycle.

Of the 12 states with current streaks that date back prior to 2000, only Indiana and Minnesota have had U.S. House delegations of more than three seats. (Indiana is currently nine and Minnesota eight).

Two other states have fielded major party candidates in more than 100 consecutive elections – Idaho and Montana.

Idaho voters, though opting for the Republican candidate in 75 percent of U.S. House contests since the streak began in 1902, have had a Republican and Democratic option in each of the last 109 contests.

The last time a Democrat or Republican failed to appear on the Idaho ballot was in 1900 when Populist Thomas Glenn won the state’s at-large seat against Republican John Morrison.

Idaho’s 2nd CD race is of interest this cycle with former four-term Democratic Congressman Richard Stallings attempting to unseat Mike Simpson and become the oldest candidate elected to the U.S. House from Idaho in state history.

In Montana, Republican Steve Daines’ victory over Kim Gillan last November marked the 100th consecutive House race in the state with both major parties on the ballot.

Daines is now running for the U.S. Senate to leave GOPer Ryan Zinke and Democrat John Lewis to square off this November for the 101st time in a row the two parties have battled for a Montana U.S. House seat.

It has been 118 years since a major party failed to field a candidate in the Treasure State, when Republican and Silver Republican candidates squared off in the 1896 race for Montana’s at-large seat.

Also extending its streak this cycle at #6 is Maine with 82 consecutive races with Democratic and Republican candidates in U.S. House contests dating all the way back to 1944.

Despite being in the midst of a nine-cycle, 18-seat losing streak dating back to 1996, Maine’s Republican Party is still filling out the ballot and is eying a pick-up opportunity in the Pine Tree State’s 2nd CD after the departure of Mike Michaud to run for governor instead.

Wyoming and Alaska (#15, 30 straight contests) are the only two states that have fielded Democratic and Republican candidates in every U.S. House race since statehood (with New Hampshire’s statehood date preceding the formation of the GOP).

There is one geographical point to make about the states where both political parties have most successfully recruited candidates to run for office this cycle.

Only Ohio falls short of the mark, failing to field a Democrat in the state’s 7th CD race against two-term GOP incumbent Bob Gibbs.

That means voters in 93 of the 94 Midwestern U.S. House districts will have the choice of both political parties in this November’s elections (and third parties and independents in many of them).

Consecutive U.S. House Races with Both Democratic and Republican Candidates on the Ballot by State