At 82 percent this decade, the GOP is enjoying its highest winning percentage in gubernatorial elections in the region since the 1920s 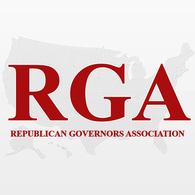 As discussed by Smart Politics in a report five months ago, Mark Dayton ended up as the only Democratic gubernatorial nominee across nine states in the Midwest to emerge with a victory this cycle.

While Dayton’s wins in 2010 (by 0.4 points over Tom Emmer) and 2014 (by 5.6 points over Jeff Johnson) were hardly cakewalks, the fact he was able to pull out wins during a political climate that has not been kind to Democratic nominees in the region suggests the Gopher State is perhaps gradually shedding its battleground state status (or that Dayton is a much better candidate than his reputation suggests).

Dayton’s victory was just the fourth time out of 21 cycles in which a Gopher State Democratic gubernatorial candidate was elected with a Democrat in the White House and the first time across 16 election cycles in which Minnesotans voted for a Democratic nominee for governor when no other Midwestern state did so in the same cycle.

The last time the GOP won eight out of nine Midwestern governorships was during the Republican Revolution of 1994.

Illinois, Iowa, Kansas, Michigan, Minnesota, Ohio, South Dakota, and Wisconsin all voted Republican that cycle while Democrats held on to their seat in Nebraska.

Republicans also carried eight Midwestern seats in 1978, when GOP nominees were victorious in every state except for a Democratic pick-up in Kansas.

And while the GOP victory tally in 2014 has been reached in these two previous cycles over the past few decades, the 2010s is actually shaping up to be the best decade for its nominees in nearly 100 years.

A Smart Politics study of over 500 Midwestern gubernatorial elections since 1900 finds that the 82 percent victory rate by Republicans during the 2010s is the party’s best mark in the region since the 1920s.

Since 2010, the GOP has carried 18 of 22 gubernatorial contests in the 12-state Midwestern region.

Republicans have won in Wisconsin three times, twice in Iowa, Kansas, Michigan, Nebraska, Ohio, and South Dakota, and once in Illinois, Indiana, and North Dakota.

Democrats, meanwhile, have only carried Minnesota twice and Illinois and Missouri once during this three-cycle span.

The last decade in which Republicans won more than 80 percent of gubernatorial elections was in the 1920s.

During that brutal decade for Democrats, the party only claimed victory in Ohio (three times), South Dakota (twice), Kansas (once), and Nebraska (once).

Thus far, the 2010s have been the Republican Party’s next best decade in winning gubernatorial races since the turn of the 20th Century at an 81.8 percent clip.

Democrats have won a majority of gubernatorial elections in the region during only two decades during this span – the 1930s (52.9 percent) and the 2000s (51.9 percent).

Overall, Republican nominees have won 326 out of 503 governorships in the Midwest since 1900, or 64.8 percent of all races, with Democrats winning 167 and third parties or independents winning 10.

During those three cycles, the GOP carried 14 of 16 governorships – winning every race except North Dakota in 1976 and Kansas in 1978.

There is a good chance the GOP winning percentage in the 2010s will increase after the 2016 cycle, in which three gubernatorial races will be on the ballot in the region.

Republican incumbents Mike Pence of Indiana and Jack Dalrymple of North Dakota will be heavily favored to win reelection.

Meanwhile, popular Democratic Governor Jay Nixon of Missouri is term-limited, and Democrats may begin to see their hold on five of Missouri’s eight statewide offices slip away that cycle as the state shifts further red.

If Democrats lose Missouri (and Indiana and North Dakota), the GOP will hold 11 of 12 governorships in the region for the first time since the Election of 1980 when Republicans only fell short in Kansas.