Less than a dozen governors in U.S. history have been elected to four four-year terms – all since 1970 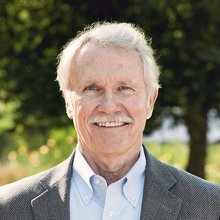 While pre-election polling suggested nearly a dozen governors could be in trouble in the 2014 cycle, only three ended up losing on November 4th: Republicans Sean Parnell of Alaska and Tom Corbett of Pennsylvania and Democrat Pat Quinn of Illinois.

Not only did an anti-incumbent groundswell fail to take root, but three of the nation’s longest-serving governors all won reelection: Iowa Republican Terry Branstad and Democrats Jerry Brown of California and John Kitzhaber of Oregon.

With their victories, Brown and Kitzhaber became just the 10th and 11th governors in U.S. history to win at least four four-year terms.

The two West coast Democrats currently rank #42 on the all-time list of statehood gubernatorial service at 11 years, 10 months, 23 days, but the duo will leap-frog several governors during the last few weeks of their third terms.

Brown closes out his third term on January 5th tied for #24 with six other governors at 12 years and one day in office.

At the end of Kitzhaber’s third term on January 12th, he will tie West Virginia Republican Arch Moore (and Jerry Brown) for #21 at 12 years and eight days of service.

The “4×4 Club” is a relatively recent political phenomenon, with its first member inducted in 1970. (Note: Several states did not transition to four-year gubernatorial terms until the latter part of the 20th Century; two states, New Hampshire and Vermont, still elect governors to two-year terms).

The New York Republican did not serve out the entirety of his fourth term – resigning approximately 13 months shy of the end of his term in Albany in December 1973.

Rockefeller is currently #9 on the all-time gubernatorial service list at 14 years, 11 months, 18 days.

Ohio Republican Jim Rhodes was the next governor to win a fourth four-year term, doing so in 1978.

Rhodes – tied with Democrat Jim Hunt of North Carolina for #4 in gubernatorial service at 15 years, 11 months, 26 days – was the first governor to serve four full four-year terms. (Rhodes also attempted a fifth term in 1986 but was defeated in the general election by incumbent Dick Celeste).

In addition to Branstad, Brown, and Kitzhaber, the remaining governors who won four four-year terms are:

With his victory last month, Branstad became the 27th statehood governor to win at least six terms, though he is far from the top of that leaderboard which is populated by Northeastern governors in the 18th and 19th Centuries elected to one-year terms.

Anti-Federalist Arthur Fenner leads the way with 16 gubernatorial election victories. The “Father of Rhode Island” was first elected in 1790 and then reelected fifteen times through 1805.

A handful of governors have won four or more gubernatorial elections, but three or fewer were four-year terms:

If Kitzhaber serves out the entirety of his fourth term, he will end up #2 behind Branstad on the all-time gubernatorial service list – a few days ahead of South Dakota’s Janklow.

Brown would end up #4 just ahead of George Wallace.