With a Cassidy victory in Louisiana, the 114th Congress will convene with more U.S. Senators who previously served in the U.S. House than in any Congress dating back to at least 1899 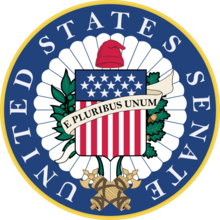 One of the criticisms levied against the “World’s Greatest Deliberative Body” in recent years is that the U.S. Senate is acting too much like the House of Representatives.

As new blood enters the chamber for the 114th Congress, that stigma will likely be hard to shake.

A dozen new U.S. Senators will be sworn into office in January, with a 13th likely, pending Louisiana’s runoff election between Bill Cassidy and underdog incumbent Mary Landrieu.

Even as Congress suffered through historic low approval ratings during the 113th Congress – dipping into single digits at times – when it came time to elect new members of the U.S. Senate on November 4th, half of those chosen by voters came from the belly of the (partisan) beast – the House of Representatives.

And after Saturday that number will likely grow even more – to a level not seen since at least the 1800s.

A Smart Politics analysis finds that if Bill Cassidy is elected in Louisiana’s runoff election Saturday, the 114th Congress will convene with more ex-U.S. Representatives – 53 – than in any Congress dating back to at least 1899.

After 20-term Massachusetts Democratic U.S. Representative Ed Markey filled John Kerry’s seat in July 2013 it tied a mark set in the 109th Congress for the most ex-U.S. Representatives in the Senate since at least the turn of the 20th Century with 52.

(U.S. Senate historical records which cull this information by Congress date back only to the 56th Congress, 1899-1901).

The resignation of Montana Democrat Max Baucus in February 2014 brought that number back down to 51 with five others departing the chamber next month: defeated Colorado Democrat Mark Udall, retiring Democrats Tom Harkin of Iowa and Tim Johnson of South Dakota, and retiring Republicans Saxby Chambliss of Georgia and Tom Coburn of Oklahoma.

Cotton and Daines come directly from the House as freshmen – only the 18th and 19th one-term U.S. Representatives to win a Senate seat over the last 100 years.

The percentage of U.S. Senators who are coming from the House has been rising considerably in recent decades.

In the 1980s (97th through 101st Congresses), an average of just 32.6 percent of members of the upper legislative chamber first served in the U.S. House.

Since 2000, that number has held steady coming in at 49 percent or higher.

Overall, the percentage of U.S. Senators in the 114th Congress who previously served in the House is significantly higher than the institution’s average.

With Cassidy, the partisan tally of ex-U.S. Representatives in the chamber will be 29 Republicans, 23 Democrats, and one independent.

Hawaii has turned to the lower legislative chamber to elect (or appoint) its U.S. Senators more than any other state with four of its seven members in history having previously served in the U.S. House, or 57.1 percent.

U.S. Senators Who First Served in U.S. House By State

Overall, these 53 members (and members-elect) of the U.S. Senate served an average of 4.7 terms in the House. 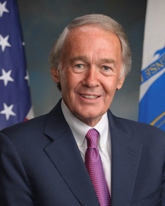 When Massachusetts Democrat Ed Markey won a special election in 2013 he shattered the record for the longest prior House service for a U.S. Senator at more than 36 years.

Senator-elect Capito has seven terms in the lower chamber on her resume with three terms for Peters, and two terms each for Gardner and Lankford. (Cassidy also has served three terms in the House).

All but six of these 53 U.S. Senators to serve in the 114th Congress won their Senate seats without a gap in service between the two chambers.