Three fell in 2014 and more than half of all defeated U.S. Senators over the last 100 years have been in their first term; at least one first-term incumbent has lost reelection in 47 of the 51 election cycles during the direct election era 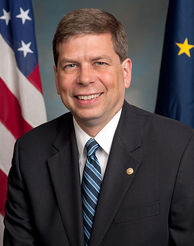 Republicans gaining nine U.S. Senate seats and knocking out five incumbents en route to taking back control of the chamber was perhaps the biggest headline of the November elections.

The fact that three of these incumbents were first-term U.S. Senators – Mark Begich of Alaska, Kay Hagan of North Carolina, Mark Udall of Colorado – was not.

As Smart Politics outlined this spring, a majority of incumbents ousted from the nation’s upper legislative chamber over the last century have been in their first term.

That remained true to form last month and continues what has nearly been a certainty in American politics.

Over the past century, an average of 3.6 first-term U.S. Senators have gone down to defeat per cycle, with at least one losing in 47 of the 51 election cycles since the direct election era began in 1914.

Overall, 357 U.S. Senators have been defeated across the more than 1,800 special and general elections conducted during these last 51 cycles.

Of these 357 incumbents, 188 were in their first-term, or 52.7 percent of those who fell in defeat at either the nomination or general election phase.

The rate at which incumbents have been defeated has varied greatly over the decades, with fewer losing in recent years.

No more than five first-term incumbents have lost in any election cycle since the 1950s.

Of course, the number of first-term U.S. Senators running for reelection can vary greatly from cycle to cycle.

During the four cycles mentioned above in which no first-term incumbent was defeated over the last century, there were only seven (1960), eight (1990), six (2004), and eight (2010) such Senators seeking a second term.

Fourteen were on the the ballot in 2014.

Looking ahead to the 2016 cycle, there is likely to be more of the same.

Up to 17 first-term U.S. Senators will be running for reelection in two years including 15 Republicans and just two Democrats.

Several of these first-term GOPers have already been highlighted as potentially vulnerable – particularly those representing purple to bluish states like Mark Kirk of Illinois, Kelly Ayotte of New Hampshire, Pat Toomey of Pennsylvania, and Ron Johnson of Wisconsin.