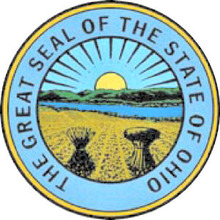 Eight of these newly minted members of the nation’s upper legislative chamber were elected to serve from the states in which they were born, which is exactly the rate at which such men and women have took office from their home state over the last 100 years – 62 percent.

However, while the 2014 elections continued this general trend, there has been significant variation between the states as to both the percentage of home-born Senators and frequency with which it generates Senators who serve in other states.

That variation is influenced by a variety of factors such as differences between states in their willingness to elect ‘outsiders’ as well as trends in population shifts as new people enter or exit the state.

So which state has given birth to the most Senators over the past century?

Smart Politics examined the birth states of the more than 900 U.S. Senators to serve in the direct election era and found that more Senators have been born in the state of Ohio than any other over the last 100 years.

A total of 44 of the nation’s 912 Senators who have been elected or appointed since popular vote elections were introduced were born in the Buckeye State, or 4.8 percent, including Alaska’s Dan Sullivan (Fairview Park) and current Ohio delegation members Rob Portman (Cincinnati) and Sherrod Brown (Mansfield).

New York is second with 39, including 10 serving in the 114th Congress, each of whom caucuses with the Democrats: Barbara Boxer of California, Chris Murphy and Richard Blumenthal of Connecticut, Joe Donnelly of Indiana, Al Franken of Minnesota, Bob Menedez of New Jersey, Sheldon Whitehouse of Rhode Island, Bernie Sanders of Vermont, and the Empire State’s own Chuck Schumer and Kirsten Gillibrand.

That means more than one-fifth of the Democratic caucus (10 of 46 members) were born in New York.

Missouri has given birth to 35 U.S. Senators in the direct election era followed by Illinois with 33, Massachusetts with 32, Kentucky with 30, Iowa with 29, North Carolina with 28, Pennsylvania with 27, and Alabama, Georgia, and Indiana with 23.

And which states have produced the fewest number of Senators?

Aside from Alaska (two) and Hawaii (six), New Mexico and Washington have given birth to the fewest Senators with six each.

Many other western states appear at the bottom of the list including Arizona, Idaho, and Montana with seven, Wyoming with eight and Nevada with nine.

New Hampshire has also produced eight Senators during the last century with Delaware and Oklahoma at nine each.

And why have there been so many Ohio-born U.S. Senators over the last 100 years?

There are three main factors influencing the high frequency of Ohio-born U.S. Senators: 1) the state’s propensity to elect Ohio-born candidates to the chamber, 2) high turnover in Ohio U.S. Senate seats, and 3) the generally large population of the state which has produced a large number of Ohio-born politicians who have gone on to serve in the Senate from other states.

Over the last 100 years, there has been a large range across the states as to the percentage of its Senators who were born within its borders.

Overall, 563 of the 912 Senators elected and appointed since popular vote elections were introduced 100 years ago were born in the states they served, or 61.7 percent.

That number is 53 out of 100 for the 114th Congress with both members born in the state they serve in 16 states, mostly from the South and Midwest: Alabama, Florida, Georgia, Illinois, Iowa, Kansas, Maryland, Michigan, Mississippi, Missouri, Nebraska, New York, Ohio, South Carolina, South Dakota, and West Virginia.

None of the 13 Western state delegations are comprised of two members born in that state.

But while every state has ‘imported’ at least one U.S. Senator born outside its borders, no one can match the record of Ohio when it comes to grooming its own for service in the nation’s upper legislative chamber.

Of the 26 Senators from Ohio who were elected or appointed over the last century, only one, future Supreme Court Justice Harold Burton, was born elsewhere. That means 96.2 percent of Ohio Senators were born in-state.

Burton, a Republican who served less than one term during World War II, was born in Massachusetts, went to college in Maine, and studied law at Harvard before moving to Cleveland to begin his law practice.

Only two other states have had just one Senator born out of state during the last 100 years – Vermont and Mississippi.

In Vermont, 14 of its 15 Senators over the past 100 years have been born in-state (93.3 percent), with the lone wolf being current Independent Senator (and native New Yorker) Bernie Sanders.

Mississippi has also imported just one Senator over the last century (Democrat John Sharp Williams, who served until 1923), with nine of 10 born in the Magnolia State, or 90 percent.

The states with the smallest percentage of Senators who were born in they states they serve are all from the Western region of the country – holding nine of the 10 bottom slots.

This, of course, makes intuitive sense as most of these states achieved statehood in the latter parts of the 19th Century (Colorado, Montana, Washington, Idaho, Wyoming) or early to mid-20th Century (New Mexico, Arizona, Alaska, Hawaii).

As a result, many of these states were thinly settled 100 years ago and have continually surged in population over the decades – thus creating a relatively lower pool of in-state candidates with the heavy influx of new residents.

The state with the lowest percentage of such Senators is Washington with just three of 16 born in the Evergreen State, or 18.8 percent.

Ohio’s numbers are also influenced by the high turnover its two seats have seen over the last 100 years, particularly given its propensity to continue to fill those seats with home-grown candidates.

Ohio and Colorado have had the most U.S. Senators elected or appointed to office during the direct election era with 26 each.

Kentucky, North Carolina, Minnesota, and New Jersey have each had 25 different men and women serve in the chamber during this span.

A dozen states have had at least 21 Senators during the last century (Colorado, Illinois, Iowa, Kentucky, Minnesota, Missouri, Nebraska, New Jersey, North Carolina, Ohio, South Dakota, and Tennessee) while seven others have had 14 or fewer (Arizona, Maine, Mississippi, Rhode Island, Utah, and, of course, Alaska and Hawaii).

This study also examined which states have “exported” the largest number of U.S. Senators – those who went on to serve from states other than those in which they were born.

New York leads the way by this measure, but Ohio is second.

There have been 26 Empire State-born men and women who ended up being elected or appointed to the U.S. Senate from another state over the last century – including the eight currently serving in the chamber mentioned above.

This makes sense considering the Empire State was the most populous state in the nation when popular vote elections were introduced until the 1970 Census when it was eclipsed by California.

Senators from 16 different states were born in New York and served elsewhere over the last century, including four from Connecticut and three from Minnesota and New Jersey.

Ohio and Missouri are next with 19 each, with Ohio catching the Show Me State for second place with the election of Dan Sullivan of Alaska this cycle.

The population of Ohio has ranked between fourth and seventh in the nation during this 100-year span, but its rate of increase over the last century has been much slower than most of the country (increasing 142 percent between 1910 and 2010, 30th in the nation).

Notable Ohio-born politicians who ended up serving in the U.S. Senate from another state include Prescott Bush of Connecticut (father and grandfather of two U.S. presidents), Pappy O’Daniel of Texas (who was also the state’s governor), and George Norris of Nebraska (one of a handful of U.S. Senators to be elected as an independent to the chamber, in 1936).

Massachusetts is next with 17 followed by Illinois with 16, Iowa with 15, Pennsylvania with 14, Virginia with 12, and California and Kentucky with 10 each.

On the other end of the spectrum, six states in the direct election era have yet to see one of their own leave their state and go on to serve as Senator elsewhere: Alaska, Arkansas, Delaware, Idaho, New Hampshire, and North Dakota.

More than a third of the nearly 350 U.S. Senators who did not serve their birth state were born in the Midwest (33.7 percent).

State of Birth of U.S. Senators Over the Past 100 Years

Data compiled by Smart Politics from the Biographical Directory of the United States Congress. Includes those Senators elected and appointed since the introduction of direct elections (or voter preference ballots) for the office in each state.