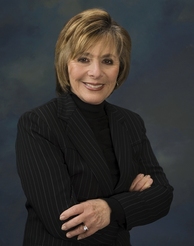 Barbara Boxer’s announcement last week that she would not seek reelection to a fifth term to the U.S. Senate in 2016 means the California Democrat will retire falling just shy of a little-known historical record.

Boxer is currently in second place on the all-time list for the most votes received by any U.S. Senate candidate in history – behind her fellow delegation member of population-rich California, Dianne Feinstein.

Feinstein sits atop the list with 28,706,238 votes cast for her across her five general election victories – approximately 6.9 million more votes than Boxer.

Boxer is also second to Feinstein for the most votes received in any single election to the nation’s upper legislative chamber with those 6,955,728 votes in 2004.

As such, the appearance of long-serving (and recently serving) California U.S. Senators at the top of this list should not be surprising given the Golden State’s relatively large population compared to other states at this point in history.

Another key variable, related to longevity, is of course winning elections: none of the Top 17 vote-getters in history ever lost a general election U.S. Senate contest. 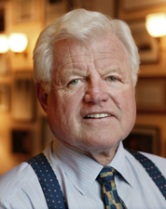 Following the trio of Californians is Massachusetts Democrat Ted Kennedy at #4 with 13.4 million votes across his nine campaigns – just ahead of the 13.3 million votes won by New York Democrat Daniel Patrick Moynihan in his four contests.

With Boxer frozen at #2, there are still a few long-serving U.S. Senators who are poised to move up the list in 2016 – should they choose to run again – with the aforementioned Schumer leading the way:

● Schumer is currently #11 with 10,368,000 votes. The three-term Empire State Senator would likely jump to fourth place on the list.

● Maryland Democrat Barbara Mikulski is currently #44 with 6,053,771 votes. The longest serving woman in the history of Congress would land inside the Top 30 assuming she receives the support she traditionally has in past cycles.

● Washington Democrat Patty Murray is currently #60 with 5,165,795 votes. The four-term Senator could reach the Top 35 with a victory in the upcoming cycle.

A total of 11 of the 100 U.S. Senators in the 114th Congress have tallied at least five million votes for their seat.

In addition to those mentioned above are Texas Republican John Cornyn at #14 (9.6 million), New York Democrat Kirsten Gillibrand at #25 (7.6 million), Michigan Democrat Debbie Stabenow at #33 (6.9 million), and Ohio Democrat Sherrod Brown at #62 (5.0 million).

* Denote U.S. Senator who is still in office. Table compiled by Smart Politics.

Overall, 63 U.S. Senate candidates have won at least five million votes since the introduction of direct elections a century ago.

Michigan and Texas have produced four U.S. Senators with five-plus million votes, with New Jersey at three, Florida, Massachusetts, and Wisconsin with two, and Indiana, Maryland, North Carolina, Virginia, and Washington with one each.

Nineteen U.S. Senators in the 114th Congress currently own the record in their state for the most votes received in elections to the chamber including five Democrats mentioned above: Dianne Feinstein, Bill Nelson, Dick Durbin, Barbara Mikulski, and Patty Murray.

That said, the record holders for some states have been out of office for many years, such as DFLer Hubert Humphrey of Minnesota, Democrat Sam Nunn of Georgia, Republican Carl Curtis of Nebraska, and Democrat William Proxmire of Wisconsin.

Interestingly, two U.S. Senators who were ousted in the 2014 cycle are the record holders for the most votes won in their respective states: Mark Udall of Colorado (2.1 million, in just two contests) and Mary Landrieu of Louisiana (3.0 million).

Most Votes Won in U.S. Senate Elections by State Record-Holder

* Denotes U.S. Senator who is still in office. Table compiled by Smart Politics.