Six states have elected black candidates in more than 10 percent of its U.S. House elections conducted since MLK’s ‘I Have a Dream’ speech; 24 states haven’t elected any 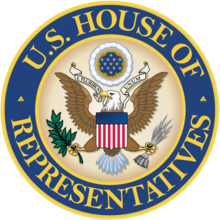 As the nation commemorates the birth of Martin Luther King, Jr. on Monday, the long shadow of high profile incidents last year in Ferguson, Missouri and New York City have kept discussions of race relations and racial equality on the front burner in America.

On the political front, blacks are still shy of at least numeric equality in a variety of high profile public offices.

For example, the retirement of Governor Deval Patrick in Massachusetts this last cycle means no African-Americans currently hold gubernatorial posts.

In the U.S. House, where redistricting in many states has carved out several safe African-American seats over the last few decades, black U.S. Representatives won 44 seats in the 2014 cycle, or 10.1 percent.

That is still below the percentage of African-Americans nationwide – 13.2 percent according to 2013 U.S. Census Bureau estimates.

It has now been more than 51 years since Dr. King delivered his civil rights speech in front of the Lincoln Memorial in August 1963.

Over these five-plus decades, which states have elected African-Americans to the U.S. House at the highest rate?

A Smart Politics analysis of the more than 11,500 general and special U.S. House elections conducted since Martin Luther King Jr.’s “I Have a Dream Speech” finds that Maryland has elected the highest percentage of blacks to the chamber at 17.4 percent with five other states doing so at more than a 10 percent clip: Georgia, Missouri, Mississippi, Illinois, and Michigan.

Dating back to the first black who won election to the U.S. House (Republican Joseph Rainey of South Carolina in 1870) a total of 132 African-Americans have been elected to the chamber across 26 states. (Note: This analysis only examines U.S. Representatives, not delegates).

The 24 states that have never elected an African-American to the nation’s lower legislative chamber (some with low black populations) include:

Utah removed its name from this list when Mia Love won an open seat race in the state’s 4th Congressional District last November.

The vast majority of African-Americans were elected to the chamber in the 51 years since Dr. King’s famous speech in Washington, D.C. – 110 in all.

Maryland leads the way with blacks winning 17.4 percent of such contests.

Next is Georgia at #2 with 16.7 percent, Missouri at #3 with 14.7 percent, and Mississippi and Illinois tied at #4 with African-Americans winning 12.5 percent in these two states.

Illinois has also elected the largest number of different black U.S. Representatives during this span with 13 – more than California (12), New York (10), and Texas (eight).

Percentage of African-Americans Elected to U.S. House by State Since 1963

The partisan gap among those blacks who have won election to the chamber is huge.

Of the 110 blacks elected to the chamber since the fall of 1963, 104 have been Democrats and just six were Republicans.

(Note: Scott was not seated after his 2012 win but was instead appointed to the U.S. Senate).

The percentage of blacks elected to the chamber has been steadily on the rise since the turn of the 20th Century.

After the election of blacks in 38 U.S. House contests from 1870 until the end of the 19th Century, none served in the chamber until 1929 when Illinois Republican Oscar De Priest won the state’s 1st Congressional District.

Since then, the percentage of seats won by African-Americans has increased during each subsequent redistricting period: