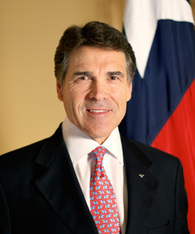 On Tuesday Texas will have a new governor for the first time in more than 14 years.

Former state Attorney General Greg Abbott takes the reins from Rick Perry, who landed the post on December 21, 2000 after the resignation of George W. Bush to become president.

While Perry was not necessarily one of the most popular governors of the 21st Century, he never had a truly close call at the ballot box and was able to amass one of the longest gubernatorial tenures in the nation’s history.

This weekend Perry eclipsed former Wisconsin Republican Governor Tommy Thompson, who ran the Badger State for 14 years and 28 days (5,142 days) from 1987 to 2001.

Perry would have needed to serve another 11 months to reach ninth place – held by New York Republican Nelson Rockefeller who logged in 14 years, 11 months, 18 days from 1959 to 1973.

Of course, topping the all-time list for statehood gubernatorial service is Iowa’s Terry Branstad who was easily elected to an unprecedented sixth four-year term last November.

The Hawkeye State Republican has turned in 20 years and 9 days of service through Tuesday, or 7,313 days.

Branstad will pass New York’s George Clinton for pre- and post-U.S. statehood gubernatorial service in mid-December of this year.

Two other governors who just started their fourth four-year terms this month, John Kitzhaber of Oregon and Jerry Brown of California, have now each cracked the Top 20 for all-time statehood gubernatorial tenure.

Up next for the Democratic duo: Jeffersonian Republican Isaac Williamson of New Jersey (1817-1829; 4,650 days) who will be passed in early October.

Note: Governor Perry climbs even higher on the list – up to #4 – when measuring tenure in terms of consecutive gubernatorial service.

The only three statehood governors who top Perry by this metric are:

Despite a disappointing performance in pursuit of the GOP nomination in 2012, Perry’s name continues to be mentioned as a possible 2016 presidential candidate, reinforced by his own words (and travel schedule to key states).

It is expected Perry will make his decision much earlier in the cycle than he did last time around, when he didn’t announce his candidacy until mid-August of 2011.