On more than a dozen attempts, South Carolinian presidential candidates have withdrawn before their party’s convention, failed to win their party’s nomination, or fallen short in the Electoral College vote 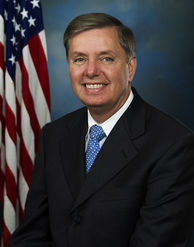 After weeks of speculation and, in some quarters, bewilderment, Lindsey Graham of South Carolina announced last Thursday that he had formed a presidential exploratory committee – joining a growing and soon to be much longer list of Republican candidates who will test the presidential waters for 2016.

Senator Graham is not expected to be a top tier candidate for the GOP nomination, presuming he officially enters the race at all.

While some political observers have speculated his candidacy could complicate the prospects of an early GOP frontrunner by freezing support in the important early primary Palmetto State, it should be noted Graham set a new low water mark in a primary for a sitting Republican U.S. Senator from South Carolina in 2014 with just 56 percent of the vote.

And while it seems unlikely that Senator Graham will become the first South Carolinian in history to win the White House, he would join a fairly long list over the centuries who have tried and failed.

A Smart Politics review of presidential election data finds that Lindsey Graham is attempting to become the first South Carolina politician to win the presidency on the heels of a dozen failed previous bids from candidates in his home state.

If Graham launches his bid he would be the first South Carolinian to put his or her hat in the ring for the presidency in the 21st Century following several others from the 18th, 19th, and 20th Centuries.

Technically, the first to do so was former South Carolina governor and future Supreme Court Chief Justice John Rutledge in the nation’s first election for the office in 1789, although George Washington was of course considered the unanimous pick from the onset.

(Note: For the first four presidential elections prior to the ratification of the 12th Amendment, each Elector cast two votes for president with the candidate winning the second most votes becoming vice-president).

Next was former Federalist South Carolina Governor, state representative, and Ambassador to Britain Thomas Pinckney in 1796.

While Pinckney technically was in the running for president that cycle, the Federalists’ first choice was John Adams and most hoped that Pinckney would receive the second largest number of Electoral votes to become vice-president. 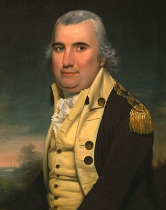 The elder Pinckney was the ‘running mate’ of Adams during his 1800 reelection bid.

Unlike the previous cycle, support was nearly unified among Federalist and Democratic-Republicans in the electoral vote.

Adams lost that election and Pinckney finished fourth in the balloting with 64 votes.

After the passage of the 12th Amendment earlier that year, C.C. Pinckney became the Federalist nominee in 1804 but lost to President Jefferson in a landslide.

The South Carolinian fared better when he ran again for the Federalists in 1808 against James Madison, winning 47 Electoral votes and carrying Connecticut, Delaware, Massachusetts, New Hampshire, and Rhode Island and peeling a few votes away from Madison in Maryland and North Carolina.

It would be nearly 40 years before the next South Carolina politician made a run for the office.

Former Vice-President, Secretary of War, U.S. Senator, and U.S. Representative John Calhoun was the next presidential candidate from the Palmetto State in 1844 when he served as Secretary of State at the end of the term of President John Tyler.

Calhoun had briefly considered a run in 1824 but ran for Vice-President instead and was victorious.

In 1844, Calhoun was a distant fourth in the first round of balloting at the Democratic National Convention, receiving six votes.

Calhoun’s support trailed off after that with former Tennessee Governor James Polk the surprise winner on the 9th ballot.

Calhoun placed fourth again on the 1st ballot at the 1848 Democratic convention receiving nine votes with the nomination eventually going to former Secretary of War Lewis Cass on the 4th ballot.

It would be nearly 50 years until the name of another South Carolinian came up at a Democratic National Convention nomination vote.

In 1896, former South Carolina Governor and U.S. Senator “Pitchfork” Ben Tillman received 17 votes on the 1st round of balloting as the ‘favorite son’ candidate of his home state.

Tillman’s candidacy had no chance, however, after an aggressive, divisive, and poorly received convention speech in which he spoke of dividing the Democratic Party if it did not adopt a free silver platform. William Jennings Bryan of Nebraska won his first nomination that cycle.

A generation later, South Carolina would back another ‘favorite son’ at the 1928 Democratic convention – this time in Richard Watts, the Chief Justice of the South Carolina Supreme Court. 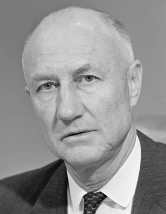 In 1948, one of South Carolina’s most famous politicians launched one of the most successful third party presidential candidacies in U.S. history.

Governor Strom Thurmond ran as a State’s Rights Democrat (i.e. Dixiecrat) with the backing of many southerners who had walked out of the Democratic convention after the party adopted civil rights language into its platform for racial and religious minorities.

Thurmond carried four states in the Deep South for 39 Electoral votes – Alabama, Louisiana, Mississippi, and South Carolina – but did not come close to carrying any other state.

Hollings was in his fourth term in the chamber and his campaign was short-lived, failing to come close to winning any primary or caucus.

Hollings was last out of eight candidates with only 154 votes in Iowa (where he did not compete) and garnered approximately three percent of the vote in New Hampshire for sixth place behind Gary Hart, Walter Mondale, John Glenn, Jesse Jackson, and George McGovern.

One more name could be added to the list of South Carolinians who sought the presidency and that is Greenville-born civil rights leader Jesse Jackson.

Jackson, however, is perhaps more known as launching his political career from Illinois when he ran his 1984 and 1988 presidential campaigns.

In the 1984 cycle, Jackson won 3.5 million primary and caucus votes (21 percent) including four states (Louisiana, Mississippi, South Carolina, Virginia) and the District of Columbia and 465.5 delegates (third behind Mondale and Hart).

If Graham decides to officially launch a presidential campaign he will become the first Republican to do so from the State of South Carolina.