In 2016, West Virginia Democrat Joe Manchin may become just the sixth former governor in the last 100 years who then won a U.S. Senate seat only to return to his gubernatorial post 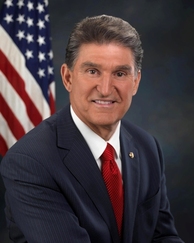 Democrats endured the loss of several U.S. Senate seats in red-leaning states in 2014 (Alaska, Arkansas, Louisiana, Montana, South Dakota, West Virginia) and so the prospects of Joe Manchin cutting his term short in 2016 to run for governor of West Virginia is a potential nightmare for the DSCC.

For the better part of a year, Manchin has stated he has not ruled out returning to his old post that he held from 2005 to 2010.

Democrat Earl Ray Tomblin is term-limited even though he will have not served two full terms come January 2017.

Manchin, a conservative Democrat, has been quite outspoken about his frustrations in dealing with both parties on Capitol Hill, telling the Associated Press last month, “The last four years are the most unproductive years of my working life.”

If Manchin, who says he will announce his political future by summer, does try to get his old job back, he will seek to accomplish a very rare feat in U.S. politics.

Overall, a total of 144 governors in U.S. history have served interrupted terms as chief executive of their respective states.

(Three of these governors are currently in office: Republican Terry Branstad of Iowa and Democrats John Kitzhaber of Oregon and Jerry Brown of California).

Just 33 of these 144 governors also served in the U.S. Senate at some point in their political careers.

Seven of these 33 were U.S. Senators before becoming governor, including notables like Jeffersonian Republicans James Monroe of Virginia and DeWitt Clinton of New York.

That leaves just 13 politicians who served as governor, then won a seat in the U.S. Senate, and then returned to become governor once again.

Of these 13, just five won their U.S. Senate seats in the direct election era after the passage of the 17th Amendment a century ago.

The first to do so was New Jersey Democrat Arthur Moore.

After three years in office, Moore resigned from the upper legislative chamber, having won a third term as governor after a narrow victory in the state’s 1937 contest. 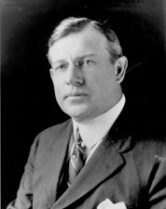 The next to do so was fellow Garden State politician, Republican Walter Edge.

Edge won his first term as governor in the Election of 1916.

He then resigned before the end of his term, however, after winning a U.S. Senate seat in 1918.

Edge was easily reelected in 1924 and served until 1929 when he took a diplomatic post in the Hoover administration.

More than a decade later, Edge won the gubernatorial election of 1943 and served the full three-year term.

Johnson first won two two-year gubernatorial terms in the Elections of 1932 and 1934 and went straight on to win three terms in the U.S. Senate, where he served from 1937 to 1955.

Johnson opted against a fourth term in the chamber, but, without missing a beat, instead sought a return to the governor’s office, which he did successfully by defeating state legislator Donald Brotzman in the Election of 1954.

Chandler resigned near the end of his first stint as governor of the Bluegrass State in 1939 effectively appointing himself to the vacated U.S. Senate seat caused by the death of Marvel Mills Logan.

Unlike most governors in the 20th Century who pulled this political stunt, Chandler won the subsequent election to the seat in 1940.

Chandler resigned his Senate seat in 1945 to become the commissioner of baseball and was subsequently elected governor once again a decade later in 1955. 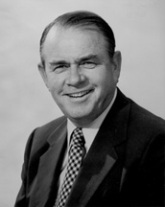 The last governor who won interrupted terms with a stint in the U.S. Senate sandwiched in between was Oklahoma Republican Henry Bellmon.

Bellmon was the first GOPer to win a gubernatorial race in Oklahoma with his victory in 1962.

Two years after his term ended he ousted three-term Democratic U.S. Senator Mike Monroney in 1968 and narrowly won reelection to the chamber during the post-Watergate Democratic wave of 1974.

Bellmon did not run for a third term in 1980, but, 24 years after his first gubernatorial victory, the GOPer won another term as governor in 1986.

Colorado, Iowa, Massachusetts, New Hampshire, Oklahoma, South Carolina, and Tennessee have each had one.