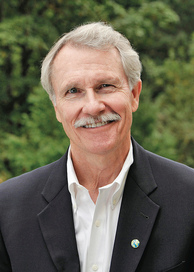 Speculation ran wild on Wednesday that embattled Oregon Governor John Kitzhaber was going to announce his resignation after days of pressure stemming from a new ethics investigation on him and his fiancée Cylvia Hayes.

Kitzhaber was reportedly poised to resign, but then changed his mind and decided to forge ahead – come what may of the state investigation.

On Thursday, top Democratic leaders from both state legislative chambers as well as Treasurer Ted Wheeler called on the governor to resign in what has been a remarkably swift onslaught of bipartisan pressure on Kitzhaber to step down from office.

On Friday, it was announced Kitzhaber would resign effective next Wednesday.

As previously reported by Smart Politics, Kitzhaber (along with California Democrat Jerry Brown) currently ranks #20 in all-time statehood gubernatorial service, logging in more than 12 years and one month on the job.

If Kitzhaber had completed his term he would have passed up Republican Bill Janklow of South Dakota for second place on the list by three days.

However, Kitzhaber will add his name to a list of long-serving governors who, despite having a long and impressive resume, did not get to leave office on their own terms.

Although he was the first to resign among them due to a scandal.

A Smart Politics analysis of the governors with the Top 25 longest tenures in U.S. history finds that 40 percent of them – 10 including John Kitzhaber – exited office by losing their party’s nomination, losing the general election, resigning due to scandal, or dying in office.

Of the top 25 longest-serving statehood governors, two (as of next week, excluding Kitzhaber) are still in office:

Two others resigned from office, not under pressure to do so, but to take new positions:

Nine others opted not to run for reelection:

Note: While Edwards was not forced out of office, two years later he was indicted and convicted on federal racketeering charges.

That leaves 10 of the Top 25 longest-serving governors who, despite their numerous victories and once popular record with the public, did not leave on their own terms:

● #19 New Jersey Jeffersonian-Republican Isaac Williamson (1817-1829; 4,650 days) was defeated by Jacksonian Garret Wall by a 37 to 15 vote after partisan control of the legislature flipped. (Wall declined and the governorship went to Peter Vroom). Williamson would become mayor of Elizabethtown but never returned to the governor’s office.