The nation has had four living ex-presidents for the last six-plus years for just the second time in history; the current gap of eight-plus years in presidential deaths is the ninth longest on record 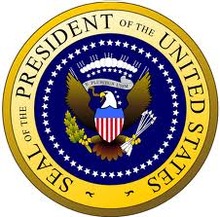 Last month George H.W. Bush and his wife Barbara celebrated their 70th wedding anniversary – continuing to extend their record for the longest marriage of a president and first lady in U.S. history.

Jimmy and Rosalynn Carter are close behind at 68+ years and counting.

Meanwhile, Carter and Walter Mondale have notched the longest post-administration presidential and vice-presidential longevity in history at 34 years and 28 days through Monday.

That’s more than 34 percent longer than the duo with the second longest mark – John Adams and Thomas Jefferson (1801-1826) at 25 years and four months.

There are currently four living ex-presidents for the eighth time in U.S. history – Carter, the elder Bush, Bill Clinton, and George W. Bush – but only the second time four have been alive for six-plus consecutive years.

During those 10+ years, Reagan, Gerald Ford, Carter, and the elder Bush were all surviving ex-presidents (with Clinton added as a fifth living member of the club in January 2001).

In short, it has been a good time to be an ex-president in the U.S.

While that is not the longest stretch between presidential deaths in U.S. history, it does crack the Top 10.

The longest gap between deaths of sitting or former presidents came between the passing of George Washington (December 14, 1799) and Thomas Jefferson (July 4, 1826).

The country went a total of 26 years, 6 months, 21 days without mourning the loss of one its chief executives.

There has been a gap of at least a decade between presidential deaths five other times:

The current gap of eight-plus years without a presidential death is the ninth longest in U.S. history, just a few days between the deaths of Rutherford Hayes (January 17, 1893) and Benjamin Harrison (March 13, 1901) – 8 years, 1 month, 25 days.

The average time between presidential deaths in U.S. history has been approximately five and one-half years.

Aside from the five hours famously separating the deaths of Thomas Jefferson and John Adams on July 4, 1826, five other presidents died within one year of each other.

The largest number of living ex-presidents at any one time has been five – occurring three times in our nation’s history: