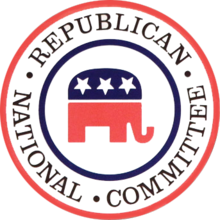 Earlier this week Smart Politics took a look at the only two states that have seen both major parties enjoy presidential winning streaks of 10 or more cycles – Minnesota and Virginia.

While Minnesota is the lone state where the Democratic victory mark currently rests in double-digits, the GOP can claim many such states in their column – with nine winning a dozen in a row for their party.

Beyond these impressive double-digit winning streaks in 10 states, the nation’s major parties have also notched record-setting presidential runs in more than two-dozen others.

And so, as more and more states are seemingly becoming slam dunks for whomever the Democratic or Republican Parties choose to nominate for the office, fewer are up for grabs to earn a bona fide ‘battleground state’ distinction.

So how many states are losing any sense of drama in presidential contests?

A Smart Politics analysis finds that 36 states are currently in the midst of their longest presidential election victory streaks for either the Republican (20) or Democratic (16) parties.

A total of 20 states across the Midwest, South, and Western regions of the nation are currently in the middle of their longest GOP presidential winning streaks in history.

As mentioned above, nine states have rattled off 12 wins in a row for the Republican Party starting with Richard Nixon in 1968: Alaska, Idaho, Kansas, Nebraska, North Dakota, Oklahoma, South Dakota, Utah, and Wyoming.

Republican nominees have not just been winning these states, they have largely done so easily during these last 44 years.

Out of the 108 presidential elections across these nine states since 1968, the Democratic presidential nominee lost by double-digits in 92 of them, or 85.2 percent of the time.

Democratic nominees managed to limp to single-digit losses only 16 times in these nine states:

In addition to the nine states listed above, the GOP is enjoying record-setting streaks in 11 others as well – largely in the South:

● Alabama, Mississippi, South Carolina, and Texas have voted for the GOP nominee in nine consecutive cycles since Ronald Reagan’s first victory in 1980

● Arkansas, Kentucky, Louisiana, Missouri, Tennessee, and West Virginia have cast their Electoral votes for the GOP candidate in four cycles in a row since George W. Bush in 2000. (Note: West Virginia has tied its longest mark – the state also voted for the GOP nominee four times in a row from 1896 to 1908 and 1916 to 1928).

But it is not simply the Republican Party that is racking up record winning streaks in presidential elections – Democrats are having their own day in the sun in states across the country.

The Democratic Party is currently enjoying its longest run of presidential victories in 16 states in the Midwestern, Northeastern, and Western regions.

As documented in Wednesday’s Smart Politics report, Minnesota is the leading state in the clubhouse at 10 victories in a row since Jimmy Carter in 1976.

However, unlike the Republican states that have tallied double-digit winning streaks as listed above, Democratic presidential nominees have carried Minnesota by less than eight points in six of these 10 cycles.

Eight others have cast their Electoral votes for Democratic presidential nominees in a state record six cycles in a row dating back to Bill Clinton in 1992: California, Connecticut, Delaware, Maine, Michigan, New Jersey, Pennsylvania, and Vermont.

Unlike nearly all of the GOP states with record marks mentioned above, several of these states in which Democrats are enjoying unprecedented success are frequently listed in the battleground or swing state category: Michigan, Minnesota, Pennsylvania, Wisconsin and sometimes Oregon and Washington.

Still, if each of the three-dozen states listed above continues their pace and pads their record total in 2016, Democrats will enter the cycle with a distinct advantage: the 20 Republican states tally 166 Electoral votes while the 16 Democratic states gets their nominee to 209.

(If one adds in the District of Columbia, which has voted for the Democratic nominee in all 13 elections since 1964, that number rises to 212).

Parties in four other states are looking to tie their all-time best marks in 2016.

Maryland could match its longest Democratic victory streak at seven cycles in a row, originally set from 1868 to 1892.

Meanwhile, a Republican victory would tie the party record for six wins in a row in Montana, previously reached from 1968 to 1988.