Chris Gibson announced his retirement more than two months ago, has hundreds of thousands of dollars in his campaign coffers, but his campaign website still asks for donations 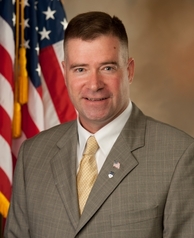 From time to time Smart Politics revisits the campaign websites of members of Congress who are no longer running for reelection and takes notice of those who are nonetheless still raising money for an office they no longer seek.

For example, in June 2013, Smart Politics broke the news that four-term Minnesota Republican congresswoman Michele Bachmann was still actively campaigning on her campaign website weeks after announcing her retirement and ended up raising more than $1,000 per day in large donor money until the Smart Politics report was published.

A year ago, Smart Politics highlighted the campaign websites of a dozen sitting or ex-U.S. House members who were actively soliciting campaign contributions weeks after the announcements of the retirement, resignation, or even death of the U.S. Representative.

The first two months of the 114th Congress have already seen a handful of U.S. House members leave the chamber or declare that this term will be their last.

Three of those members, however, are still actively raising money for Congressional campaigns that will never happen.

New York Republican Chris Gibson announced he would retire at the end of this term more than two months ago on January 6th.

However, the campaign website of the three-term GOPer fom the Empire State’s 14th CD is still inviting contributions.

Through the end of 2014, Gibson’s campaign had more than $207,000 cash on hand, so presumably does not need to raise more money to pay off any campaign debts or loans.

In mid-February, two-term California Congresswoman Janice Hahn announced she would not seek a third term from her safe 44th CD Democratic seat but instead run for Los Angeles County Supervisor.

Hahn’s congressional campaign website still accepts contributions, however, and has not been updated to indicate she is no longer running for Congress.

Finally, a more recent surprise retirement announcement came last week from the State of Michigan, where seven-term Republican Candice Miller revealed she would not run for reelection to the 10th CD in 2016.

As Miller has had only a few days since her announcement, it is a little more forgiving that her campaign website was still up and running and accepting contributions.

It should be noted that the campaign websites of the two U.S. Representatives who exited the chamber this year are no longer active.

The website for two-term New York Republican Michael Grimm states that it is “no longer live.”

Grimm resigned on January 5th – a few weeks after pleading guilty to tax fraud months after a multiple-count federal indictment came down on him during his victorious 2014 campaign.

The campaign website of the late Alan Nunnelee has also been shut down – now a month after the passing of the three-term Mississippi Republican.

While that would seem to be par for the course, the campaign website of the late Florida Congressman Bill Young was active for more than four months after his passing, asking supporters to sign up for a yard sign or supporter pin, volunteer to help the campaign, or contribute financially online or via the mail.