A look at Maryland’s 35 previous Democratic U.S. Senate primaries by the numbers suggests Edwards and Van Hollen candidacies are unlikely to deter other 2016 hopefuls 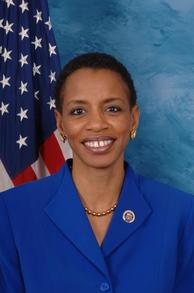 While the campaign between the two veteran lawmakers may not necessarily be brutal, it is expected to be competitive, with the field of candidates only expected to grow over the coming weeks and months.

But even with at least two top-tier candidates vying for Barbara Mikulski’s open seat, the Democratic Party will now get a taste of the kind of competitive primary races the GOP has endured in recent contests in open seats in Georgia (2014), Nebraska (2012), Texas (2012), Kansas (2010) and New Hampshire (2010).

And, if past is prologue, there are at least three takeaways from the nearly three-dozen Maryland Democratic U.S. Senate primaries over the last century: free rides have been rare, there will be several names on the primary ballot beyond Van Hollen and Edwards, and, in an open seat contest like this one, the nominee could very well emerge with only plurality support.

Free Rides: Few and Far Between

Smart Politics examined the data from each of the 166 candidates to appear on the state’s 35 Democratic U.S. Senate primaries in the Old Line State over the last 100 years.

In only four of the state’s Democratic U.S. Senate primaries over the last century has a candidate won the nomination unopposed – and it has been more than 80 years since this occurred.

Blair Lee was the first to get the Democratic nod without opposition in 1913. (Lee subsequently won the first direct election in the nation after the passage of the 17th Amendment earlier that year).

Incumbent John Smith also ran unopposed in 1920 as did Congressman Millard Tydings in 1926 and as a one-term incumbent in 1932.

However, each of the last 27 nominees since 1934 faced at least one challenger in the state’s primary.

Many Candidates On the Ballot

The number of Democratic candidates who have run for the U.S. Senate through the primary – particularly in open seat races – has been quite extensive in recent decades.

Overall, since 1913 an average of six candidates have run for the nomination in the 14 cycles without a Democratic incumbent and 3.9 candidates in the 21 cycles when there was one.

Quality of Candidates in Primary Pool

Although there have been a rather large number of Democratic candidates running for the U.S. Senate in the state in recent decades, few challengers to eventual nominees were well-known or performed competitively.

Of the 131 losing primary candidates over the last century, just 32 registered in double digits, only 17 candidates reached 20 percent, and just five eclipsed the 40 percent mark.

In recent years, nominees have not had to face many quality opponents, although there have been some exceptions.

Notable losing Democratic primary candidates over the decades include:

As a result of the general lack of quality challengers, very few Democratic primaries have been competitive over the last century.

The average victory margin has been 46 points with only six of 35 primaries decided by single digits – five of them open seat races:

Overall, seven of the 14 Democrats who won primaries without a sitting U.S. Senator on the ballot did so with plurality support:

By contrast, only one of the 21 nominees who emerged with a sitting U.S. Senator on the ballot did so with plurality support (James Lewis in 1916 with 45.3 percent).