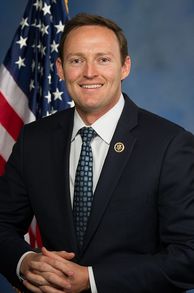 Two-term Florida Congressman Patrick Murphy is expected to announce his candidacy for Florida’s 2016 U.S. Senate race later this month – giving Democrats a centrist candidate in what they hope is one of many pick-up opportunities as they seek to retake the chamber for the 115th Congress.

If Murphy enters the race it will be despite the uncertainty of incumbent Marco Rubio’s reelection plans.

Rubio is considered more likely than not to enter the Republican presidential sweepstakes this cycle. Such a bid, however, would not necessarily preclude Rubio from ultimately seeking reelection to his seat.

All this uncertainty has no doubt kept some Democrats at bay in what would otherwise likely be – if Rubio did not seek to keep his seat – a very competitive open seat race.

To date, only one Democrat is officially in the race – political novice, attorney, and former U.S. Navy Judge Advocate Pam Keith.

To be sure, Murphy boasts moderate credentials (serving a Romney-carried district) which could benefit him in a general election: National Journal ranked the Florida U.S. Representative as having just the 190th most liberal voting record in 2013 in a chamber with only 200 Democrats.

Despite this resume and established success in running for federal office, Murphy nonetheless would have to travel down a political road that few Florida U.S. Representatives have successfully navigated over the decades.

A Smart Politics analysis finds that sitting or ex-Florida U.S. Representatives have won only two of 17 bids for the U.S. Senate since 1970 (11 percent) and just four of 21 since direct elections were introduced a century ago (19 percent).

One does not have to look back very far in the Sunshine State’s electoral history to find several failed U.S. Senate candidacies from members of the nation’s lower legislative chamber.

In fact, six Florida U.S. Representatives have tried and failed over the last four races for the office:

The long list of failed U.S. Senate candidacies by sitting or former U.S. Representatives over the last four decades continues:

There have been two success stories during this 45-year span, although interestingly both general elections featured major party nominees who had both served in the chamber.

One explanation for the large number of U.S. Senate candidacies by sitting and former members of the U.S. House over the last 40+ years is that the number of Floridians serving in the chamber has increased substantially during this period.

Of course, that also means each U.S. House member is representing a smaller and smaller fraction of the state’s population – an ever-increasing hurdle to building name recognition and a political base when running for statewide office.

Even so, when the state hosted a much smaller U.S. House delegation from the 1910s through the 1960s, there were only four U.S. Senate candidacies by Florida U.S. Representatives since the state’s first direct election in 1914.

Smathers’ win is the only example in Florida history in which a Representative from the Sunshine State won a U.S. Senate race with a sitting incumbent up for election.

In 1968, in an open-seat race to replace the retiring Smathers, three-term Republican Representative Edward Gurney was victorious by 11.8 points over Democrat LeRoy Collins.

Murphy’s entrance into the race is unlikely to draw a field-clearing reaction on the Democratic side of the ballot, and reports surfaced yesterday that former Governor Charlie Crist is mulling a third run at the chamber (following losses in 1998 and 2010).

And, to be sure, if Rubio does not seek reelection to his seat there will likely be an avalanche of Florida Republicans angling to claim his seat – including at least one of the state’s 17 GOP U.S. Representatives.

* Bill Grant was originally elected to the U.S. House as a Democrat. Table denotes candidates who ran at least through their party’s primary. Compiled by Smart Politics.