Only four of the 470 Illinois U.S. House members in history have resigned under a cloud of scandal – three in the last 20 years 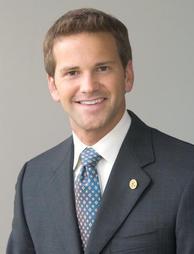 An investigation into Illinois U.S. Representative Aaron Schock’s campaign and office spending over the last several weeks resulted in the four-term Congressman’s announcement on Tuesday that he would resign from the chamber effective at the end of the month.

Political scandals, of course, are nothing new in Illinois with multiple high profile politicians landing in prison all the way up to the governor’s office.

However, until the last few decades, it has been extremely unusual for Illinois U.S. Representatives to resign amid controversy.

A Smart Politics study of congressional tenures finds Aaron Schock is the first of the 234 Illinois Republican U.S. Representatives in history to resign due to scandal and just the fourth out of all 470 members to serve since statehood.

Overall, approximately one in 13 Illinois U.S. House members have resigned from the chamber since statehood – 36 of 470 (7.7 percent).

However, all but four of these 36 exited the chamber without controversy – usually having been elected or appointed to a new political post.

Of the four to resign in scandal – three did so in the last 20 years.

Democrat James McDermott was the first Illinois U.S. House member to resign amid controversy, on July 21, 1914.

McDermott was in his fourth term representing Illinois’ 4th CD when he was implicated in a lobbying scandal.

The Democrat, who represented Chicago’s stockyards district, had been accused of being a paid lobbyist for the National Association of Manufacturers and being guilty of “gross improprieties” such as use of his room by agents of the association and “seeking loans from Washington pawnbrokers having legislation before Congress” according to the July 21, 1914 edition of the Chicago newspaper The Day Book.

By resigning, the lobbying charges disappeared and McDermott ran to win back his seat that November and did so easily by 27.5 points to serve a fifth term through March 1917. He did not seek a sixth term in 1916. 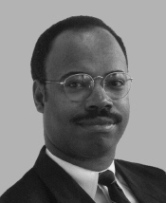 It would be more than 80 years before the next Illinois U.S. Representative resigned in scandal – two-term Democrat Mel Reynolds of the 2nd CD.

Reynolds resigned on October 1, 1995 – more than two months after a Cook County jury found him guilty on counts of criminal sexual abuse, child pornography, and obstruction of justice.

The Chicago Congressman had been indicted in August 1994 in a case that centered around his having sex with a campaign intern who was under the age of 18.

Even still, Reynolds was reelected to a second term without opposition on the November 1994 ballot.

He spent over two years in jail on these charges and was later convicted in federal court for bank and campaign fraud. President Bill Clinton commuted Reynolds’ sentence in 2001.

Reynolds attempted a few political comebacks but won only 5.9 percent of the 2004 Democratic primary vote against his successor, Jesse Jackson, Jr., and came in a distant 8th place with only 0.8 percent of the vote in a 2013 special primary won by Robin Kelly to fill Jackson’s open seat.

Jesse Jackson, Jr. was the third and most recent Illinois U.S. Representative to resign under scandal prior to Schock.

Jackson replaced Reynolds in a 1995 special election and would serve nine terms before his resignation on November 21, 2012 – shortly after being reelected to a 10th term by 40 points.

The Chicago Democrat won that race despite news that federal authorities had launched an investigation into his misallocation of campaign funds for personal use less than a month before Election Day.

Jackson eventually pled guilty to the charges and was sentenced to prison in August 2013.

Schock, meanwhile, becomes the first of 234 Republicans to serve in the state’s U.S. House delegation to resign while under investigation.

Of the 32 previous Illinois U.S. House members to resign, five did so after winning election to the U.S. Senate:

● Democrat Stephen Douglas (March 3, 1847) after winning a third term to the state’s 5th CD. Douglas was later elected to the Senate and resigned on the last day of the 29th Congress
● Democrat William Richardson (January 29, 1863) after his sixth nonconsecutive term. Richardson had also resigned after his first stint in the chamber from 1847 to 1856, after becoming his party’s gubernatorial nominee
● Democrat Lyman Trumbull (1855) won election to the 8th CD in 1854 as an Anti-Nebraska Democrat, but resigned his seat before taking office in the U.S. House after winning election to the U.S. Senate
● Republican William Lorimer (June 17, 1909) resigned after five non-consecutive terms
● Republican Mark Kirk (November 29, 2010) resigned after five terms

A sixth, four-term Republican Thomas Corcoran, resigned on November 28, 1984 after a failed bid to win the GOP U.S. Senate nomination.

Three others opted not to run for reelection but simply resigned a few days before the end of their terms: Democrat Anton Maciejewski (1942), Republican Leslie Arends (1974), and Democrat Kenneth Gray during his first stint in Congress (1974). 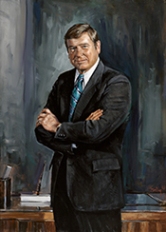 Note: Although he never resigned from his seat, long-serving Democrat (and House Ways and Means Chair) Dan Rostenkowski was at the center of a high profile mail fraud scandal in the early 1990s that eventually led to a 1996 guilty plea.

Rostenkowski instead lost his 5th CD general election in 1994 to Republican Michael Flanagan – a half-year after being forced to step down from his chairmanship post. That seat would go back to the Democrats in the next cycle – appropriately to Rod Blagojevich.

Despite Schock’s resignation, Democrats should not be too optimistic about claiming his seat in the special election to be held later this year.

Schock won his 2014 reelection bid by nearly 50 points and his 18th CD has the second largest Republican tilt in the state with a +11 GOP Partisan Voting Index score.

Moreover, of the previous three-dozen U.S. House resignations in Illinois history, only five resulted in a change in partisan control of the district when the next U.S. Representative was seated:

* Trumbull resigned from his U.S. House seat before taking office in March 1855 as he was elected to the U.S. Senate in February 1855. Compiled by Smart Politics from the Biographical Directory of the United States Congress.