More than two-dozen Illinois U.S. Representatives throughout history had family members who previously served in Congress; will Darin LaHood be added to that list in 2015? 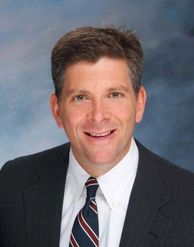 This is the third in a series of Smart Politics reports on ‘congressional royalty’ in the U.S. House of Representatives. Previous reports studied Florida and Michigan.

The unusual resignation by Illinois Republican Aaron Schock in the state’s 18th Congressional District has set in motion a special election to take place later this year.

Republicans have a +11-point edge in this district and are expected to hold the seat, with several state GOP lawmakers expected to vie for their party’s nomination.

One of those Republicans is Darin LaHood – an Illinois State Senator and the son of former seven-term Congressman (and U.S. Transportation Secretary) Ray LaHood, who represented the central and western region of the state in D.C. from 1995 to 2009.

If elected, LaHood would become the second current member of the Illinois congressional delegation who was preceded in the chamber by a family member – joining Democrat Dan Lipinski.

Lipinski, currently in his sixth term from Illinois’ 3rd CD, succeeded his father Bill Lipinski – a Democrat who served 11 terms from the 5th and 3rd CDs from 1983 through 2005.

So how often do Illinois voters elect men and women from such ‘Congressional royalty’ to the U.S. House?

A Smart Politics review of the Biographical Directory of the United States Congress finds that 25 of the state’s 470 U.S. Representatives since statehood, or approximately one in 19, had at least one family member who had previously served in Congress, compared to one in eight of the state’s U.S. Senators.

On the U.S. House side, this list includes 10 fathers who served in Congress plus seven uncles, four brothers, four husbands, two cousins, one grandfather, and one great-great grandfather.

Eleven of these 25 U.S. House members with existing family ties to Congress took office in the 19th Century with 14 seated in the 20th and 21st Centuries.

The first time Illinois U.S. Representatives from Congressional royalty took office was in the 30th Congress in 1843.

In that cycle two such delegation members were elected in the state.

John Hardin (1843-1845) was the only Whig elected from Illinois that cycle, claiming victory in the 7th CD.

Hardin was the son of Kentucky Federalist U.S. Representative Martin Hardin who served one term in the chamber from 1816 to 1817. 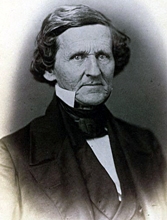 Other U.S. Representatives elected in the 1800s from Illinois who came from a family with former members of Congress include:

● Republican Henry Boutelle (1897-1911): great-great grandson of Connecticut Pro-Administration U.S. Representative (1789-1791) and U.S. Senator (1791-1793) Roger Sherman (Historical note: Sherman was the only Member of the Continental Congress who signed the Declaration of 1774, the Declaration of Independence, the Articles of Confederation, and the Federal Constitution).

Overall, Illinois has had at least one U.S. Representative with a family member who preceded them in Congress for 98 of the last 122 years dating back to 1893.

Illinois U.S. Representatives who came from Congressional royalty and took office in the 20th Century include:

On the U.S. Senate side, approximately one in eight members in the chamber were preceded by a family member in Congress – six of the 49 Illinois U.S. Senators since statehood (12.2 percent). 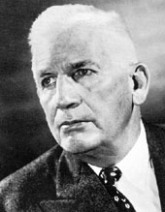 Douglas is the only delegation member from either chamber who was preceded by a female member of the family.

Douglas’ wife, Democrat Emily Douglas, was elected to one term in the U.S. House as an at-large member and served from 1945 to 1947.

Stevenson is the great grandson of Adlai Stevenson, who served two non-consecutive terms in the U.S. House from 1875 to 1877 and 1879 to 1881 – a decade before becoming Vice-President in Grover Cleveland’s second term.

The four remaining Illinois U.S. Senators who had family members serve in Congress before them were:

In addition to the members of Congress listed above, more than a half-dozen additional Illinois delegation members were succeeded in Congress by another family member – who served in another state.