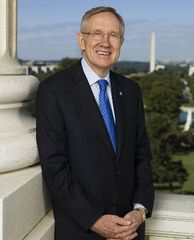 Harry Reid’s decision not to seek a sixth term definitively puts Nevada’s U.S. Senate seat in play for the GOP in 2016 and means the Democrats will also be looking for a new floor leader in the 115th Congress.

Accolades and criticisms about Reid the politician poured in after his retirement announcement, but the former member of the Capitol police force, Henderson city attorney, state assemblyman, lieutenant governor, state Gaming Commission chair, and U.S. Representative will likely add one more line to his resume before his days in D.C. are done: longest-serving U.S. Senator in Nevada history.

When Reid exits the U.S. Senate in January 2017, that number will rise to 30 years and one day, or 10,959 days – which will be the longest in state history by three days. 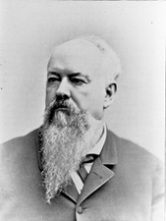 The Silver State U.S. Senator who Reid will catch before the end of his term (barring an unforeseen exit by the Minority Leader before January 2017) is Republican John Jones.

A former miner, farmer, sheriff, and state senator, Jones was the second Nevadan to hold Reid’s Class III seat when he took office in March 1873.

Jones would be reelected four times (including once as a Silver Republican for his fifth term) and serve until March 3, 1903 for a total of 30 years, or 10,956 days.

Reid will exit with 10,959 days of service – three more than Jones – although both will have served five full terms.

Since winning a fifth term with his close victory against Sharron Angle in 2010 Reid has already passed three other Nevadans to jump from fifth to his current slot of second place in longest U.S. Senate service from Nevada.

The average length of service for the state’s 25 U.S. Senators has been a shade over 12 years (4,408 days), or two full terms and approximately three weeks. 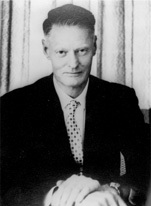 The Nevadan with the shortest tenure in the chamber in state history is Republican Ernest Brown at just 62 days.

Brown was appointed to the U.S. Senate on October 1, 1954 by Governor Charles Russell after the death of Democrat Pat McCarran.

Brown was the GOP nominee in the special election held that November and was trounced by Alan Bible by 16 points.

Senator Brown served until December 1st when Bible took his seat for the briefest stint in the chamber in Silver State history.

Only three other Nevada U.S. Senators logged in less than three years in the chamber:

Republican William Massey was appointed to the Senate in July 1912 by Governor Tasker Oddie after the death of George Nixon, lost the voter preference special election by 89 votes to Key Pittman, and served until late January 2013 for a total of 213 days.

Democrat Edward Carville essentially appointed himself to the U.S. Senate in July 1945 after the death of James Scrugham. Carville, in his second term as governor, resigned and was technically appointed by his successor, Vail Pittman. Carville lost his party’s nomination in 1946 and served 1 year, 5 months, 10 days (528 days).

Democrat Berkeley Bunker, former Nevada Assembly Speaker, was appointed by Governor Carville in November 1940 after the death of Key Pittman. Bunker failed to win his party’s nomination for the 1942 special election and served until that December for a total of 2 years and 10 days (740 days).

* Through March 29, 2015. ** Though elected in 1864 when Nevada achieved statehood, Stewart and Nye were not sworn into office until February 1, 1865. Table compiled by Smart Politics.