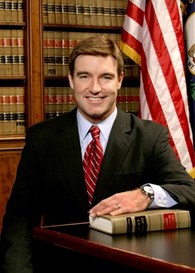 The narrative of the 2015 Kentucky gubernatorial race thus far has been one of contrast – between the competitive three-way, four-candidate race on the Republican side of the ballot and the relative ease with which Attorney General Jack Conway will likely coast to his party’s nomination in a few weeks against a relatively unknown opponent.

Conway will face retired engineer Geoff Young who did not launch his candidacy until mid-November.

Young unsuccessfully ran for the Democratic nomination in the state’s 6th Congressional District in 2014, losing to Elizabeth Jensen with 39.1 percent of the primary vote.

The limited polling that has been conducted thus far of the Democratic race shows Conway at approximately 60 percent with Young at 12 percent and nearly one-third of the electorate undecided.

Even if Conway garners the support of just half of these undecided voters, the result will be the biggest blowout in a contested primary in Kentucky history.

Across the 27 cycles with direct primaries for Kentucky gubernatorial Democrats from 1903 through 2011, just three Democrats have won their party’s nomination without opposition – all incumbent governors: J.C.W. Beckham in 1903, Paul Patton in 1999, and current Governor Steve Beshear in 2011.

The remaining 24 cycles have seen an average of 4.5 Democrats appear on the primary ballot with first place finishers averaging 51.2 percent.

The two candidates running for the Democratic nomination in 2015 is the lowest number in a contest primary since 1927 when U.S. Senator J.C.W. Beckham defeated Kentucky House Speaker Robert Crowe.

To date, only one Democrat has emerged from a contested gubernatorial primary with at least two-thirds of the vote. 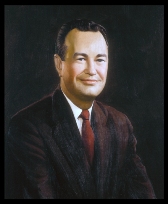 Wetherby was elected lieutenant governor in 1947 and became governor when Earle Clements resigned in November 1950 after winning a special election to the U.S. Senate.

Wetherby went on to win the general election in 1951 by 9.2 points over former Kentucky Court of Appeals Judge Eugene Siler to serve a full term.

Only three other Democratic gubernatorial nominees won their primaries with at least 60 percent of the vote:

To be sure, the fact that Kentucky now allows governors to serve two consecutive terms (banned for most of the 20th Century) has virtually ended the once common practice of ex-Democratic governors turning up on the primary ballot.

Only McCreary and Chandler (in his 1955 bid) were successful although Beckham did win his party’s nomination but lost that November to former Kentucky Court of Appeals Judge Flem Sampson.

Unlike their Republican counterparts – who have hosted only four competitive gubernatorial primaries since the early 1900s – the Democrats have hosted a dozen.

Although 2015 won’t be added to the list, a total of 12 of the 27 Democratic gubernatorial primaries conducted since 1903 have been decided by single digits:

Galbreith also won an impressive 15.3 percent as the Reform Party nominee in 1999 and 9.0 percent as an independent in 2011.

Earlier this year, Terrill Newman of Eubank legally changed his name to Gatewood Galbreith and will run as an independent – needing to collect 5,000 signatures of registered voters by mid-August to gain ballot access.