More than one in six U.S. House elections in Gopher State history have been rematches with the challenger winning 14 percent of the time 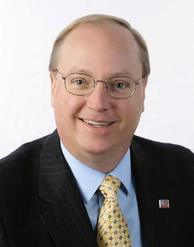 Jim Hagedorn was one of three Republicans to lose by single digits to Minnesota DFL U.S. Representatives last fall, and is the first to officially announce he wants a rematch in 2016.

Hagedorn fell 8.5 points shy of denying 1st CD Congressman Tim Walz a fifth term in the chamber in a nationally GOP-friendly cycle in which Republican winds did not blow quite as strongly in the Gopher State.

The Mankato-based Republican, a former Treasury Department legislative and public affairs director and Congressional Affairs Officer for the Bureau of Engraving and Printing, will attempt to win the GOP nomination and get another round in the political ring with Walz next year.

Second chances have been plentiful for Minnesota congressional candidates over the decades – but how often do they pay off for the challenger?

Overall, there have been 581 Minnesota U.S. House elections since statehood of which this analysis studies 574. (Excluded from this analysis were seven elections: five special elections following the death or resignation of incumbents, the state’s first contest for two at-large representatives seated in 1858, and the race for nine at-large seats in 1932 after the state could not agree to a redistricting map).

A total of 99 of these 574 congressional races have featured rematches between major party or notable third party nominees, or 17.2 percent of all contests.

Rematches have been even more commonplace over the last few decades.

Since 1980, more than one in five elections for Minnesota U.S. Representative have seen rematches between major party nominees: 29 of 144, or 20.1 percent.

Rematches were particularly frequent in the state shortly before, during, and after the ascent of the Farmer-Labor Party.

From 1920 to 1948, more than one in four congressional elections were rematches: 34 of 132 contests during this 15-cycle stretch, or 25.8 percent of races to the nation’s lower legislative chamber.

Two current delegation members, of course, eventually benefited from persistently challenging their incumbent target after losing at the ballot box. 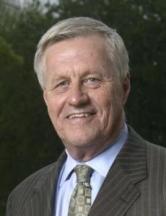 It took DFLer Collin Peterson and Republican John Kline three tries each before they vanquished their political opponents.

Peterson first tried to unseat four-term GOPer Arlen Stangeland in the 7th CD in 1984 but lost by 14.1 points and then fell short in his first rematch two years later in 1986 by just 121 votes.

In 1990, Peterson sought a third race and second rematch against Stangeland and defeated him by 7.1 points to deny the Republican an eighth term in D.C.

Kline, meanwhile, sought back-to-back rematches with DFLer Bill Luther after losing the 6th CD race in 1998 to the two-term incumbent by 4.0 points.

Kline lost by just 1.6 points in 2000 but after redistricting in 2002 easily defeated Luther by 11.1 points in the 2nd Congressional District.

All told, challengers seeking rematches have been victorious in 15 of 104 attempts across these 99 elections, or 14.4 percent.

(Note: There are more rematch attempts than congressional elections with rematches as a handful of cycles featured more than one pair of rematches).

While those numbers do not provide a great outlook for Hagedorn in 2016 against Walz, he can take some solace in the fact that four challengers have come back from bigger losses to win a rematch race than his 8.5-point defeat in 2014:

The 14-year gap in the battle between Hammond and McCleary is the longest among the 104 congressional rematches in Minnesota history.

Two others saw a gap of at least a decade.

Five other rematches saw gaps of eight years, with the challenger losing each time:

As mentioned above, both Representatives Peterson and Kline did not unseat their opponents until their third attempt (i.e. second rematch). 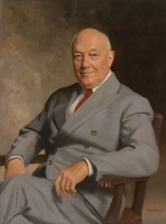 The record for the largest number of congressional candidate-on-candidate battles in the Gopher State belongs to the pairing of Republican Harold Knutson and John Knutsen, who ran under various labels in four matchups across a 14-year span to represent the state’s 6th CD.

Knutson won an open seat race in 1916 with Knutsen placing third with 7.5 percent as the Prohibition Party nominee.

In 1922, Knutsen was one of two independent challengers against the GOP incumbent in a three-candidate race and received 7.4 percent.

Fourteen other notable candidate pairs have matched up three times: