Only one West Virginia governor in history has subsequently served in the U.S. House 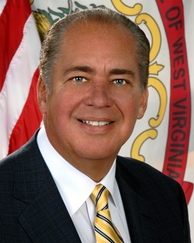 West Virginia Democrats are encouraging outgoing Governor Earl Ray Tomblin to run for Congress – a downgrade in political status (though an upgrade in salary of nearly $25,000).

Democrats would like Tomblin, who is term-limited in 2016 even though he will have served less than two full terms as the state’s chief executive, to challenge 1st CD Freshman Republican Evan Jenkins, who ousted 19-term Congressman Nick Rahall last November.

If Tomblin decides to make a run in the 1st CD and wins, he will become just the second outgoing or former governor to win a U.S. House seat in state history.

Out of the nearly three-dozen West Virginia governors since statehood, only eight served in one of the chambers on Capitol Hill at any point in their political career.

Three served in the U.S. House before becoming governor:

Four others were elected to the U.S. Senate after serving as governor:

● Democrat Joe Manchin left his post as governor (2005-2010) after winning a special election to the U.S. Senate, where he has served since November 2010.

That leaves just one West Virginia governor in history who headed to the U.S. House after completing his stint in Charleston.

Democrat Matthew Neely had a long career in Congress both before and after his one term as governor from 1941 to 1945.

Neely was in his third term as U.S. Senator when he won the gubernatorial election of 1940.

At the end of his fourth year in office, he was elected back to the 1st CD but lost his reelection bid to the U.S. House in 1946.

Undismayed, Neely ran for the U.S. Senate again in 1948 and defeated GOP incumbent W. Chapman Revercomb by double-digits. Neely would serve in the chamber until his death in 1958.