A tale of two parties: the Kentucky GOP primary for governor was the most competitive in state history while Jack Conway won in the biggest ever blowout on the Democratic side 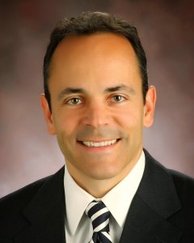 With all precincts reporting (pending a forthcoming recanvass) Bevin narrowly led Comer by 83 votes, with each receiving 32.9 percent and Heiner in third at 27.1 percent.

The 2015 race thus marked the closest ever finish in a Kentucky GOP gubernatorial primary of the 24 held since the party’s first such contest in 1915.

Of the 23 previous Republican primaries for the office, just four were decided by single digits with the next closest finish coming in 1991 when Congressman Larry Hopkins defeated Lexington lawyer Larry Forgy by 1.2 points in a two-candidate race.

Only three other primaries were decided by less than 10 points:

The 5.8-point difference between first and third place was also by far the closest three-candidate Republican gubernatorial race in party history.

No other third-place candidate had even reached the 15 percent mark across the two-dozen previous primaries. 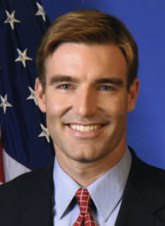 Meanwhile, with 78.8 percent of the vote, Jack Conway’s primary victory over retired engineer Geoff Young marked the best showing by a Kentucky Democratic candidate in a contested gubernatorial primary in state history.

Of the 28 cycles with direct primaries for Kentucky gubernatorial Democrats from 1903 through 2015, three Democrats have won their party’s nomination without opposition – all incumbent governors: J.C.W. Beckham in 1903, Paul Patton in 1999, and current Governor Steve Beshear in 2011.

Of the 25 remaining cycles, only one Democrat had previously emerged from a contested gubernatorial primary with at least two-thirds of the vote – Governor Lawrence Wetherby, who notched 75.1 percent of the 1951 primary vote against two challengers – attorney and former Kenton County Deputy Sheriff Howell Vincent and perennial candidate Jesse Cecil.

Wetherby was elected lieutenant governor in 1947 and became governor when Earle Clements resigned in November 1950 after winning a special election to the U.S. Senate. He went on to win the general election in 1951 by 9.2 points over former Kentucky Court of Appeals Judge Eugene Siler to serve a full term.

Only three other Democratic gubernatorial nominees in Kentucky won their primaries with at least 60 percent of the vote:

Conway also set a party mark for the largest gubernatorial victory in a contested primary at 57.6 points.

The previous record was held by the aforementioned Wetherby with his 53-point win over Vincent in 1951.

Governor Julian Carroll defeated Todd Hollenbach by 37.8 points in 1975, with no other Democratic candidate winning their primary by 25 or more points.

The lack of competitiveness on the Democratic side Tuesday combined with the barn burner of a race for the Republicans ran counter to most previous gubernatorial primaries in the Bluegrass State.