Not only did the 2012 map record the lowest ever rate of states flipping from the previous cycle, but the country is also currently in the midst of its lowest rate of change across the last three-, four-, five-, six-, seven-, eight-, and nine-cycle periods 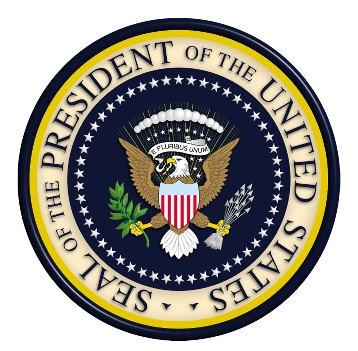 From cycle-to-cycle, it is a virtual certainty that the partisan breakdown of the electoral map for president will change at least a little bit from previous election, as it has happened in every presidential race since the introduction of the two-party system more than 185 years ago.

However, in recent years, the list of ‘battleground’ states seems to be getting smaller with fewer states truly up for grabs.

Even still, as a recent Smart Politics report documented, at least one electoral-rich state with 10+ Electoral College votes has flipped in 44 of the last 46 cycles.

But just how often do states change their partisan vote in presidential elections?

Smart Politics examined the nearly 2,000 statewide votes for president across the last 46 elections since 1832 and found that the nation’s electoral maps are the most static they have been in history. Not only did the 2012 map record the lowest ever rate of statewide cycle-to-cycle change, but the country is also currently in the midst of its lowest rates of change in its electoral maps across the last three-, four-, five-, six-, seven-, eight-, and nine-cycle periods.

Since 1832, the first cycle after the birth of the modern two-party era in 1828, states have changed their partisan presidential preference 556 times out of 1,950 elections, or 28.5 percent of the time.

(Note: For the purposes of this report, states voting for nominees from the National Republican and the Whig Party (1832-1836) and from the Whig Party and the Republican Party (1852-1856) were not counted as partisan ‘flips.’ For Confederate states which did not vote in 1864 and/or 1868 as a result of the Civil War, the Election of 1860 was used as the reference data point for previous cycle comparisons).

The 2012 electoral map, however, saw only two states change from four years prior (four percent), with Mitt Romney picking off Indiana and North Carolina for the GOP.

In that contest, Republican Benjamin Harrison narrowly picked up his home state of Indiana and Grover Cleveland’s delegate-rich home state of New York – both of which Cleveland had also won by very narrow margins in 1884.

The 2012 cycle was not an aberration, however, as presidential elections in the United States have seen a significant downturn in the cycle-to-cycle rate of partisan change compared to previous decades.

The election with the biggest cycle-to-cycle shift came with the Great Depression in 1932 when 34 states that backed Herbert Hoover in 1928 switched to Democrat Franklin Roosevelt (70.8 percent). 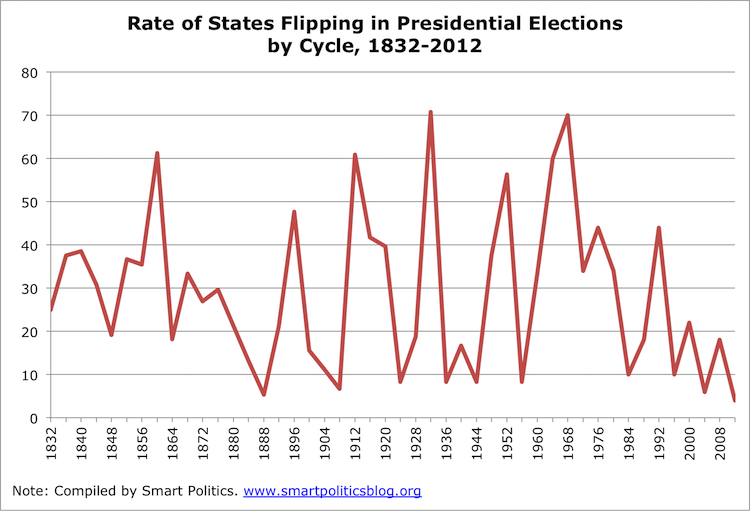 Although the state has been reliably Democratic in recent years, New York has the most turbulent history when it comes to settling on its partisan support for presidential candidates.

The Empire State has changed its partisan vote for president in 22 of 46 cycles since 1832, or 47.8 percent of the time.

Following New York is Louisiana which has changed its vote from the previous election in 19 of 45 cycles, or 42.2 percent.

The Pelican State owns the longest stretch of casting its votes for different political parties at nine cycles in a row from 1948 to 1980. During this stretch, Louisianans voted for State’s Rights nominee Strom Thurmond in 1948, Democrat Adlai Stevenson in 1952, Republican Dwight Eisenhower in 1956, Democrat Jack Kennedy in 1960, Republican Barry Goldwater in 1964, American Independent nominee George Wallace in 1968, Republican Richard Nixon in 1972, Democrat Jimmy Carter in 1976, and Republican Ronald Reagan in 1980.

Three expected 2016 battleground states also have a fairly rich history of changing their partisan preference in presidential elections from cycle-to-cycle and round out the Top 5: Colorado at 41.2 percent (14 of 34 cycles), Wisconsin at 39.0 percent (16 of 41), and Nevada at 37.8 percent (14 of 37).

Both Colorado and Nevada have flipped in three out of the last six cycles, although Wisconsin is in the midst of its longest streak backing Democratic presidential nominees in state history at seven cycles in a row since 1988. 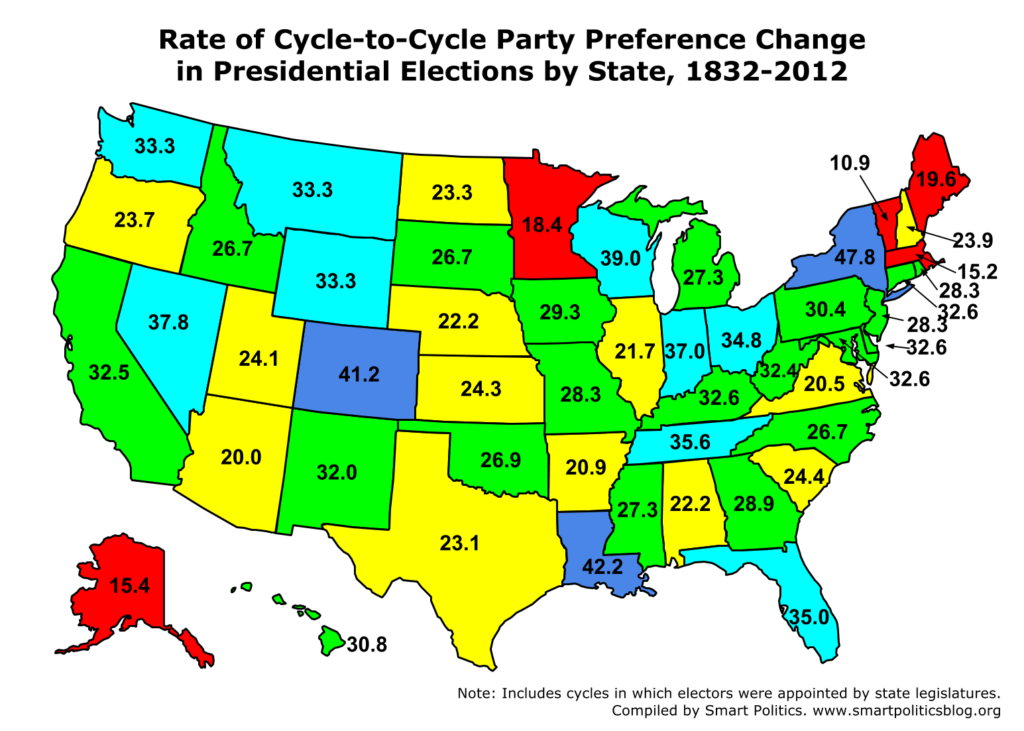 At the other end of the spectrum is Vermont, which has tallied the lowest rate of changing its vote for president over the decades, doing so in just one out of 10 elections since 1832.

Vermont’s appearance at the bottom of this list is not surprising considering the state also has the longest partisan presidential vote streak in the nation with its 27 consecutive cycles voting for Republican nominees from 1856 to 1960. (Note: That streak extends to 32 in a row if the Whigs are included).

Minnesota’s low ranking is a product of a pair of long partisan streaks. The Gopher State voted Republican in its first 13 presidential elections through 1908 and in 2012 became the first state outside the South to vote for Democratic nominees in 10 consecutive contests (1976-2012).