Iowa and Ohio have voted in concert with the region overall at a higher rate than any other Midwestern state; Missouri and Minnesota have done so the least 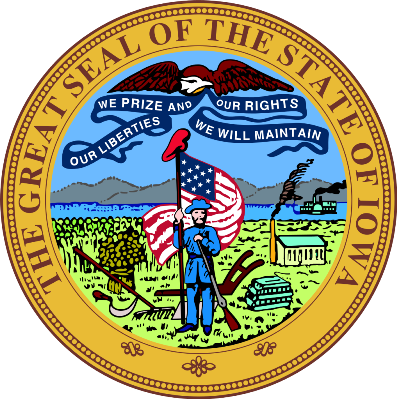 From time to time across U.S. history, geographic regions have offered reliable support to one political party or another. The ‘solid South’ backed the Democrats for a century while Republicans ruled much of the Northeast.

In the last few decades, the 12-state Midwest region has been a mixed bag in presidential elections with Republican nominees cruising in the Dakotas, Kansas, Nebraska, and Indiana (except for 2008) with Democrats extending winning streaks of their own in Illinois, Michigan, Minnesota, and Wisconsin.

Meanwhile, the remaining states of Iowa, Missouri, and Ohio have varied in their presidential vote to a greater degree.

In the 2016 cycle, many of the nation’s expected battleground states will be hosted by the Midwest region – with Iowa, Ohio, and Wisconsin in the top tier and Michigan, Minnesota, and Missouri in the second.

The political adage, “As goes Ohio, so goes the nation” – a reference to the state’s perennial battleground status – was bolstered by a recent Smart Politics study which examined the difference between statewide and national voting percentages for winning presidential candidates since 1900.

But is there a Midwestern state that best expresses the political voice of the region in presidential elections?

Which state in the Midwest votes more like the region as a whole than any other?

Smart Politics examined the 493 elections for president conducted across the 12 Midwestern states since 1828 and found that Iowa has voted in concert with the rest of the region 76.4 percent of the time – best in the Midwest – with Missouri lagging in last at 58.5 percent.

This study examined which presidential nominee prevailed in each of the dozen Midwestern states dating back to the dawn of the two-party era in 1828. The voting preference of each state was coded and then a matchup comparison was conducted between a given state and each of the 11 others across the 47 cycles to generate a ‘regional voting score’ reflecting a state’s interstate voting cohesion. In the analysis below, the numerator is the sum of state-on-state matchups in which both voted for the same presidential nominee and the denominator is the total number of such matchups since statehood.

The state that voted most frequently with the Midwest overall was Iowa, choosing the same presidential nominee as its regional neighbors 327 times versus a different nominee 101 times, for a 76.4 percent ‘regional voting score.’

Over the decades, Iowans have overwhelmingly chosen a presidential nominee who was the choice of the majority of the states in the region – doing so in 37 of 42 cycles since statehood (88.1 percent).

Iowa voted with the minority of Midwestern states three times: in 1856 (Republican John Frémont), 1988 (Democrat Michael Dukakis), and 2000 (Democrat Al Gore). In the two remaining cycles voting with the majority was impossible as the region was split 50/50, with six states voting Democratic and Republican in both 1948 and 2012.

While Iowa has the highest Midwestern voting cohesion score in presidential elections, nine other states are not too far behind with scores ranging from 71 to 75 percent.

Narrowly trailing the Hawkeye State is Ohio, which has voted with its fellow Midwestern states 75.1 percent of the time (in 335 out of 446 regional matchups).

That leaves two states in the region which have voting histories that are out of sync with the region as a whole: Missouri and Minnesota.

Minnesota has voted alongside other states in the region 63.4 percent of the time (in 260 out of 410 regional matchups).

Minnesota also holds the distinction of being the state a half-dozen Midwestern states have voted with the least in the region: Minnesota and North Dakota have voted for the same presidential nominee just 41.9 percent of the time, with South Dakota at 48.4 percent, Nebraska at 48.6 percent, Missouri at 48.7 percent, Kansas at 50.0 percent, and Indiana at 53.8 percent.

Missouri, meanwhile, has the lowest Midwestern voting score at just 58.5 percent, aligning with states in the region 261 times and voting for a different nominee 185 times.

Missouri’s outlier status in the region is not surprising considering its history.

While the U.S. Census Bureau and many scholars classify Missouri as a Midwestern state, some consider it part of the South.

In the Civil War, Missouri was a border state that not only saw tens of thousands of its residents join the Confederacy but also elected a secession-minded governor (Democrat Claiborne Jackson) who refused Abraham Lincoln’s request for troops. Jackson was removed from office by the state legislature just months into his term.

For many decades, Missouri’s presidential voting history was much more in line with the South (i.e. voting Democratic) than the Midwestern region – casting its Electoral College votes for the Democratic nominee in 17 of 19 cycles from 1828 through 1900 and 27 of 35 cycles through 1964.

Missouri’s nonconformist voting behavior in the region can be seen across the data.

For example, from 1828 to 2012 there were 11 presidential election cycles in which all but one Midwestern state voted for the same nominee. Missouri was the odd state out in six of those cycles:

Overall, Midwestern states have voted in concert 71.2 percent of the time in presidential elections – with pairs of states voting in tandem in 3,540 matchups and at odds in 1,430 others.

Note: The table tallies the presidential vote choice of each Midwestern state in head-to-head comparisons with the remaining 11 states in each election cycle since 1828. Compiled by Smart Politics.