16 U.S. Senators serve states in which their party holds a minority of U.S. House seats – 15 are Democrats 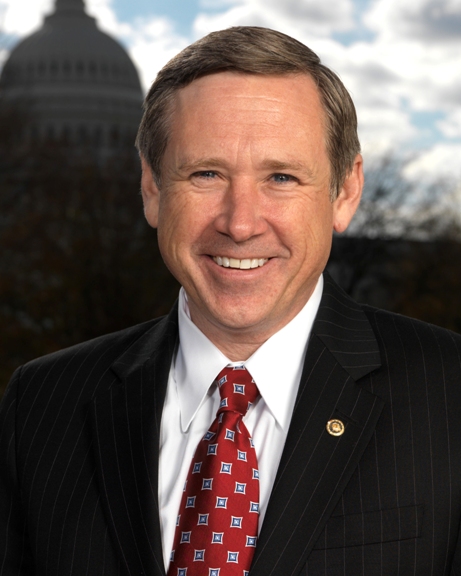 Illinois Republican Mark Kirk has long been targeted as one of the prime Democratic pick-up opportunities in U.S. Senate races this cycle – having narrowly won election to the chamber by just 1.6 points in 2010.

To be sure, Kirk is not the only GOPer who will face stiff competition as Democrats attempt to take back the Senate after the November 2016 elections (e.g. Ron Johnson of Wisconsin).

That said, there is something particularly unique at the moment about the seat he holds.

A Smart Politics analysis finds there are 16 U.S. Senators who currently serve states with a majority of its U.S. House seats held by the opposing political party; only one of these 16 is a Republican – Mark Kirk of Illinois.

Kirk – whose state’s U.S. House delegation is represented by 10 Democrats and seven Republicans (with an eighth likely to win a special election in September) – is the lone Republican out of the 54 in the U.S. Senate to serve a state where Democrats hold a majority of seats in the lower legislative chamber.

By contrast, more than a third of Democrats – 15 of 44 – find themselves in Kirk’s position:

Kirk is one of three U.S. Senators from this group of 16 who were elected in 2010 before the latest round of redistricting took place, along with Democrats Michael Bennet of Colorado and Harry Reid of Nevada.

Bennet was elected alongside a 4-3 GOP majority in his state’s U.S. House delegation that November with Reid doing so despite a 2-1 Republican advantage at the ballot box in congressional races.

Kirk, however, rode a national Republican wave that helped win the GOP 11 of the 19 seats in Illinois. After Democratic-friendly redistricting, Kirk saw his party shed U.S. House seats in Illinois and hold less than half of the state’s 18 seats after both the 2012 and 2014 elections.

And so, the open question from this data becomes this: were these members of the U.S. Senate elected to the chamber primarily because they are particularly strong candidates in an otherwise politically challenging environment, or is their party underrepresented in the U.S. House due to gerrymandering artificially strengthening the numbers on the other side of the aisle?

Senators Tester and Heitkamp are excluded from this discussion as both Montana and North Dakota only have a single at-large U.S. Representative (i.e. no districts). [Note: It is also widely acknowledged both have run particularly effective campaigns in their states].

Meanwhile, several of the remaining 14 U.S. Senators from the list above, including Kirk, serve states where accusations or evidence of gerrymandering have surfaced like Florida, Illinois, Michigan, Ohio, Pennsylvania, and Virginia. [Smart Politics has previously documented the historically undersized Democratic delegations in Michigan, Ohio, and Pennsylvania].

And while each of these 15 Democrats mentioned above were elected in cycles in which the opposing party won a majority of U.S. House seats in their state, only 14 Republicans – including Kirk – can lay claim to the same dating all the way back to 2000: